A nature positive economy needs to be circular

Little has been written about what this actually means in terms of modifying the way our economy operates, although the Dasgupta Review provides a useful start by highlighting a number of areas where change is needed.

A recent event hosted by   entitled ‘Making the economy work for nature’, provided a number of observations on priorities and perspectives.

Opening remarks from Professor Yadvinder Malhi, president of the British Ecological Society, stressed that we need to think about how to reconcile our economy with living on a finite planet and that a circular economy offers a way forward by drawing less resources into the economy and pumping less waste into the environment.  This is supported by the recent report Tackling root causes, which reveals that circular solutions have significant potential to halt biodiversity loss.

Speakers at the event largely focussed on food and farming and care for our soils – the biological side of the well known circular economy butterfly diagram.  It was noted that the largely linear economy has led to a broken carbon cycle and restoring that carbon cycle to a more circular one would be good for climate and biodiversity.  It was pointed out that far more attention needs to be paid to the status of soils.  As a key element of natural capital, a natural asset fundamental to our economy and wellbeing, we need to understand the health and status of soil.  Currently we do not monitor our soils in the same way as we monitor air and water. 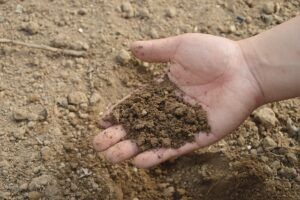 In relation to food production, work by the Ellen McArthur Foundation which has shown huge opportunities to redesign food production to regenerate nature with a more circular economy was presented.  The principles of circular economy and food design can be brought together such that food is good for nature and climate by focussing on lower impact ingredients (such as pea flour instead of wheat flour, or syrup from sucrose extracted from crop residue); use of wider varieties to build resilience; and regenerative systems.  Modelling shows economic and environmental benefits.

The potential for farms in Scotland to diversify and make use of by-products was highlighted as was the potential for regenerative practices to deliver yields comparable to conventional farming. 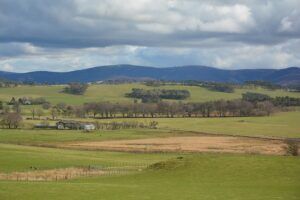 Despite these opportunities, real barriers in Scotland were pointed out.  For example, the vast majority of livestock are farmed on the west whereas crops are gown in the east which makes closing the nitrogen cycle difficult.  What’s more, much of the food we produce is for export, which impacts on and hinders efforts to become circular.

Looking more broadly at our economy and decision making, hidden assumptions embedded into our economic system and thinking which have become barriers to change were highlighted.  First, the assumptions that the economy and nature are separate and that nature will ‘replenish itself’.  Second, the way in which appraisals of potential projects or policies are carried out, including: a baseline scenario of ‘business as usual’ as an option (when carrying on as we are is not an option); omitting to consider the distribution of costs and benefits; and discounting  (the process of converting a value received in the future to an equivalent present day value) and the assumption that future generations will be better equipped to deal with problems.

Panellists were asked to provide thoughts on how we change the system.  Change in the way we incentivise agriculture was highlighted as key, as was the promotion of good practice.  Working with big businesses, some of whom are taking strides to put nature at the heart of what they do, and developing partnerships was also noted.  There was a call for politicians to be bolder and not to rely on markets to solve the problem.

This is a useful reminder – the economic (as well as other) opportunities associated with the circular economy are often highlighted; but this should not be an excuse for lack of political leadership.  Without significant changes to accounting and decision making rules/ processes, the market won’t address the nature crises.

LINK has been working on circular economy for several years and, amongst other things, has been highlighting to government that soils, the cornerstone of a circular and regenerative economy, need more attention.  In the next 6 months the Scottish Government will be bringing forward its Circular Economy Bill – this is an opportunity to make sure the legislation is in place to steer our economy to one that is more circular, with reduced footprints and working for nature.  LINK’s Farm for Scotland’s Future campaign is pressing for reform to support for farmers such that farming works for nature, climate and people.