Are repairs making a comeback?

A guest blog by Carla Worth del Pino, consultant at Resource Futures

Why don’t we repair?

If you’re anything like me, you have at least one electrical item gathering dust deep in a forgotten cupboard at home – perhaps it suddenly gave out on you, or maybe you decided to upgrade. The issue of upgrades is being partly tackled by company buy-back/trade-in schemes, like Curry’s PC World recycling old machines for free with cash-back of up to £75 towards a new one. But that’s of no use if an item just stops working. When faced with this, what is stopping you from trying to repair it?

The answer often relates to confidence, particularly around electronics. For many of us (me included) our repair abilities are limited to ‘turning it off and on again’ and giving it a solid tap, hoping that will do the trick. More complex repairs feel daunting. It’s a reason why electronics is the core focus for The Restart Project – a repair network that aims to showcase how electronics can be easier to fix than they seem, even with minimal experience. 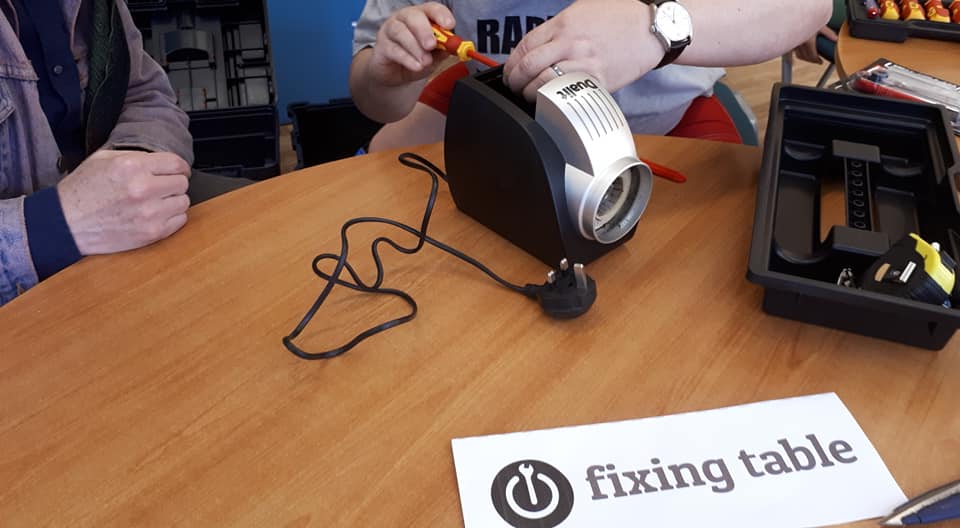 We worked with Restart to seek ways to measure confidence, and how to measure the long-term impact that attending a repair event plays in building and maintaining this. Many Restart groups and Repair Cafes engaged with our research, from Repair Café Glasgow all the way down to a range of Repair Cafes in Devon linked to our Community Action Groups network. We found that attendees consistently cited a lack of confidence in repairing electrical items on their own as a major motivation to come, stay, and return to the repair events.

While repair events are typically very successful in fixing broken items, we also found that in some instances, electrical items simply cannot be repaired even by repair experts – a recurring frustration among attendees and volunteers. For example, a manufacturer may have glued a battery into a phone, forcing you to replace the whole device when the battery wears out. In technical terms, this is called ‘planned obsolescence’: a policy of planning / designing products with an artificially limited life, making it obsolete (unfashionable / no longer functional) after a certain period of time. 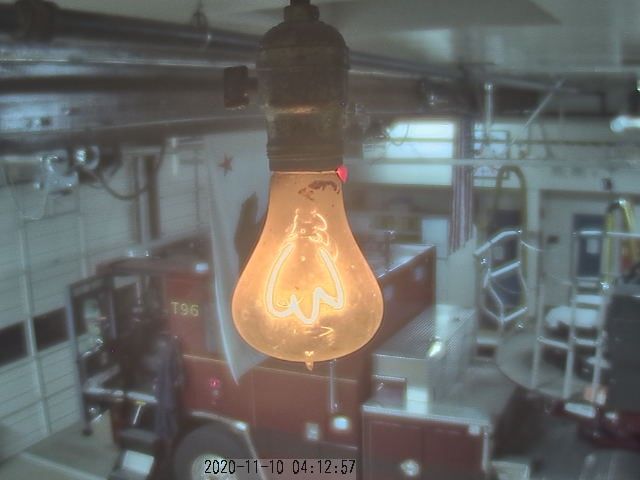 One of the most notable examples of planned obsolescence is all around us – the humble light bulb. They typically last around 83 days (in constant operation); LED lightbulbs last longer at around 5.7 years. So how can one lightbulb have been in constant operation since 1901 – over 119 years?  Coined the ‘longest burning light bulb in history’, a webcam streams live video of the ‘Centennial bulb’ to thousands of viewers every day.

In the 1920s, major light bulb manufacturers including Osram, General Electric, and Philips formed the Phoebus Cartel, agreeing to make purposely fragile light bulbs that would eventually burn out, as extremely long-lasting lightbulbs would be bad for business. While the cartel has since fallen apart, it shows the commercial viability of planned obsolescence.

The concept has infuriated consumers for several decades. However, abolishing planned obsolescence is not straightforward; there are larger chicken vs. egg arguments at play. What came first, planned obsolescence or our consumer habits? Are companies designing cheaper quality items in response to our consumer culture, or are we quickly consuming items because they are cheaper quality?

The concept is further complicated by the number of players involved: consumers, retailers, manufacturers, media advertising, designers and government actors all intertwine in a ravenous and fiercely competitive consumer culture. Manufacturers may feel forced to make goods at cheaper and cheaper price points to get products featured on retailers’ shelves; at the same time, consumers will understandably prefer to purchase a new item for cheaper than it would cost to repair their old one. It becomes a cyclical system whereby repairs become effectively uneconomical. 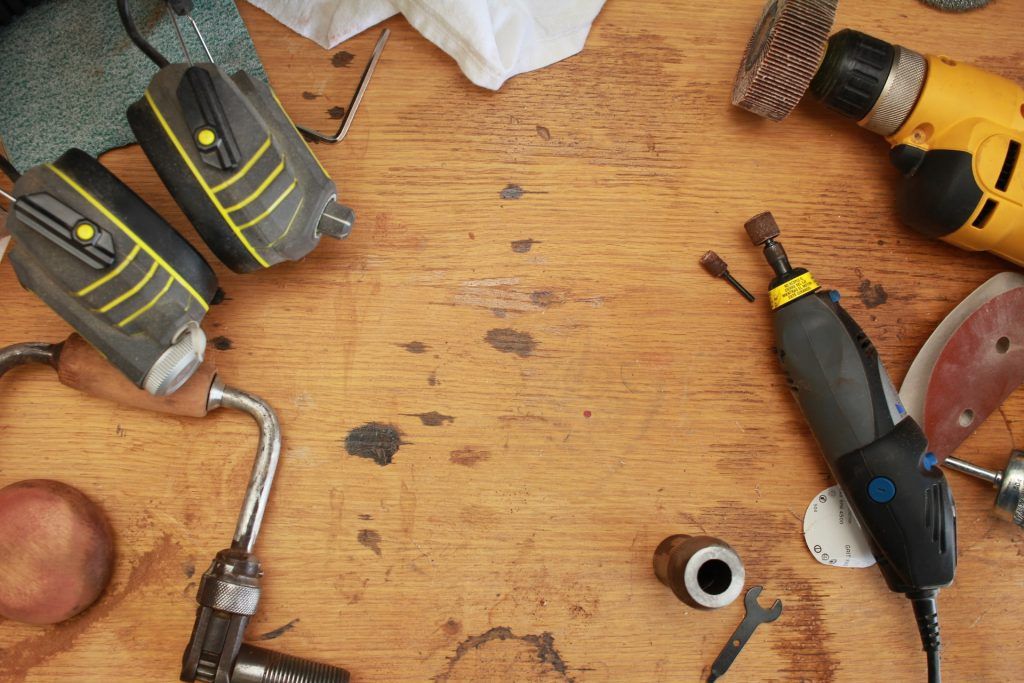 For any change to happen, efforts are needed to tackle both ends: our linear ‘take, make, use, discard’ consumer culture and poor-quality design of products.

While repair events play an important role in slowing down our consumption – instilling confidence, teaching valuable skills and giving individuals an opportunity to experience a local and circular economy – effort is also needed to tackle more systemic issues like planned obsolescence.

Enter the Right to Repair movement: a coalition of European organisations directly involved in advocating for repair at EU level. The group advocates for ambitious policy measures to achieve a universal ‘Right to Repair’ through:

Restart is one of the steering members, and advocated for the concept at a ‘FixFest’ in Manchester; the event saw 59 activists from 25 groups come together to draft the ‘Manchester Declaration’ calling for more repairable products. The Declaration has since been endorsed by 17 political figures and many other organisations, such as Green Alliance and Greenpeace UK. 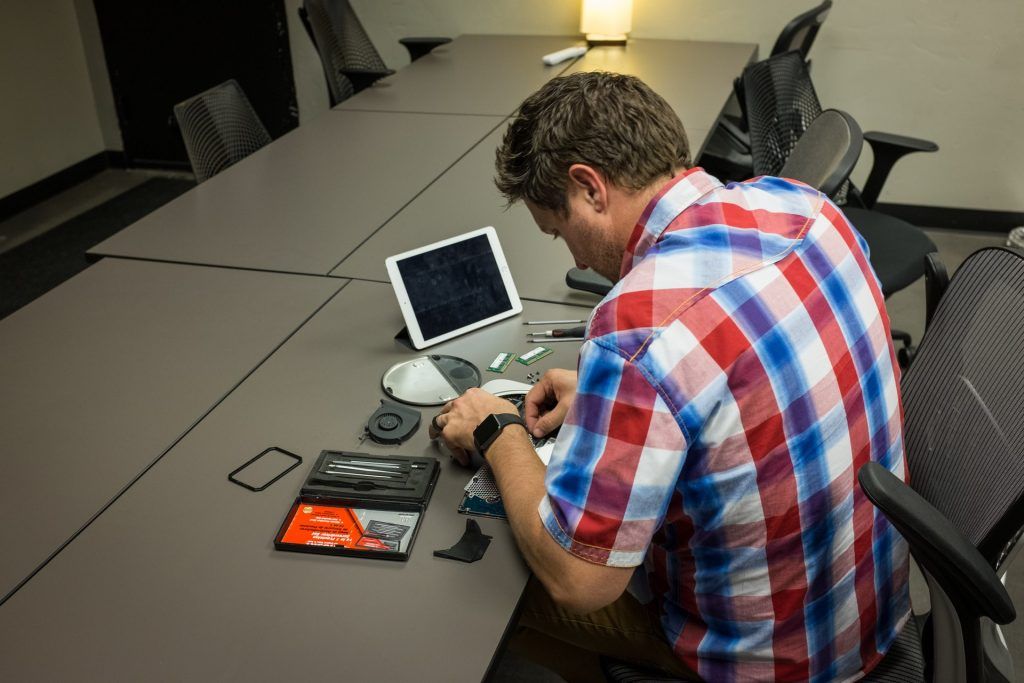 Right to Repair’s advocacy has reached international recognition as well. The European Commission announced in March 2020 that manufacturers of phones, tablets and laptops will face legal obligations to make products easier to repair and reuse under a new recycling plan. The European Commission will extend an eco-design law (which previously set energy efficiency standards) to also cover technical standards so these goods will be made with changeable and repairable parts.

The other end of the stick, our consumer culture, is more difficult to change. For this, it’s useful to look to other regions where reuse and repair are more deeply engrained and require less (or no) legislation or advocation for widespread practice. Emma Burlow, whilst Head of Circular Economy at Resource Futures, wrote about her trip to India as a circular economy expert. Her role was to share best practice from the UK on the circular economy and effective waste prevention strategies. She reflects:

“There are the repair shops that are literally on every street corner. Things that get broken are fixed, not thrown away. The age of some vehicles on the road and collections of spare parts in roadside stores shows the demand for repair is huge.”

She muses that perhaps the time has come for an Indian contingent to visit the UK, imparting best practice on creating a cultural revolution.

Our consumerism and disassociation with repair have other noxious effects, not only to the immediate consumer’s detriment but to the detriment of those far way in other parts of the world. Somewhat ironically, India is also a major importer of WEEE (waste electrical and electronic equipment). The large majority of e-waste in India flows to the informal sector, with only a very small fraction processed by formal regulated recycling facilities.

We’ve partnered with E[co]work and others to help support this informal sector through the provision of better managed space, but the fact remains that our (often repairable and reusable) electronic waste is processed by marginalised members of society half a world away, working in unsafe and unhealthy conditions. How do we instil an awareness of the implications of our consumer culture to both consumers and product designers, and could this reinvigorate the appetite for repair and show the major role it has in minimising WEEE?

Industry and manufacturers do not create an insatiable consumer culture in a vacuum: we as consumers gladly (or perhaps blindly) play a part. However, I believe times are changing. Examples from alternative consumer cultures, coupled with the growth of the Right to Repair movement and widespread circular economy efforts, demonstrates that opportunities for a circular, sharing economy are bigger now than ever before. Studies have even shown that the Covid-19 pandemic may be changing our appetite for learning new skills and being more resourceful. 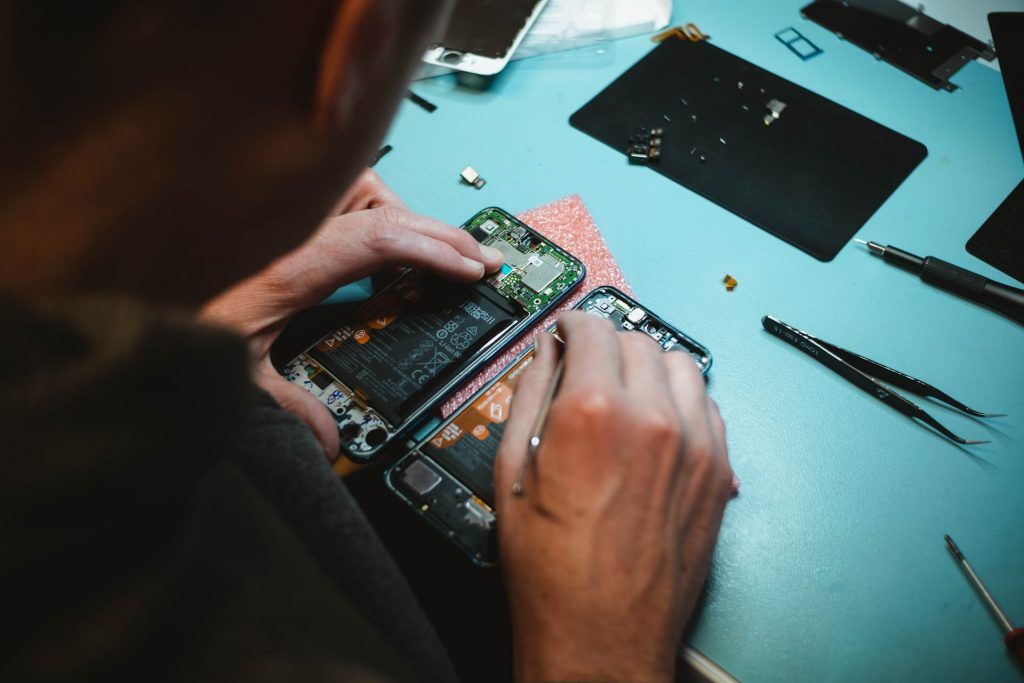 We might not be able to radically change our culture to emulate the resourcefulness in India, but we can encourage repair in new and innovative ways. In Sweden, for example, families can access tax breaks of about £2,500 a year to cover labour costs paid to repair businesses for repairs of appliances. We can develop people’s confidence in, and motivation to, repair, supported by a political framework that prioritises repair through reducing unnecessary planned obsolescence.

The Scottish Government has a unique opportunity to design and introduce ambitious policy to support this vision, facilitate this growing movement and help transition Scotland toward a more circular economy. Scotland’s upcoming Circular Economy bill is an ideal place to further drive the right to repair in Scotland. While the importance of repair is mentioned in connection with keeping resources in use for as long as possible, ambitious and explicit policy should be designed to the tune of the Manchester Declaration and the EU’s right to repair regulations.

On an individual level, as someone with very little experience in repair, I encourage everyone to seek out a Repair event in your community – there are several organisations hosting repair events; try searching ‘Restart Project’, ‘Repair Café’, ‘Transition Town’, or ‘Remade Network’ for an event near you. The experience of fixing something with your own hands that you thought was beyond hope is immensely satisfying and leaves a lasting impression. And next time you purchase an electrical item, maybe you will consider spending a bit more on an item that will last longer.

Can the repair movement gain enough momentum, at an individual, community, and institutional level, so that planned obsolescence becomes obsolete?