Scotlink/MPAs in Norway: along the Skagerrak coast

MPAs in Norway: along the Skagerrak coast 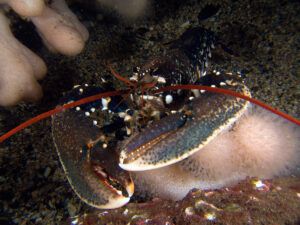 As part of series of case-studies, we are exploring how Marine Protected Areas (MPAs) interact with fisheries management and how emerging science from other areas around the world shows some encouraging signs of the fisheries benefits of MPAs.

This study was based on a group of MPAs establish in 2006 along the Norwegian Skagerrak coast, designed to protect shellfish and partially protect fish stocks. The researchers used Before-After Control-Impact (BACI) methods to try and determine what the effect of the MPAs would be. This means that they collected field data on the numbers and sizes of lobsters (Homarus gammarus) and cod (Gadhus morhua) inside the MPAs before and after the protection was put in place, and compared them to a control site where there is no protection.

The results showed that within just four years of the MPAs being established, the catch per unit effort of lobsters (CPUE – the standard way of recording how many individuals of a species are caught across a period of time) had increased by 245% within the MPAs, compared to 87% in the control site (shown in graph below). The average size of the lobsters also increased by 13% within the MPAs, whereas there was no significant increase in size of lobsters at the control (unprotected) site. For cod, the MPAs enabled and increase in population density (the number of individuals of a population within a set unit of time or volume) and size, averaging in at 5cm longer than cod at the control (unprotected) site.

So the results clearly show an increase in the number and size of, at least these two, commercial species. This case study is useful for us here in Scotland for several reasons:

So, it’s clear that MPAs can work well for these species, but how does that translate into benefits for people? There are concerns that local fishermen in Scotland may experience potentially severe short-term impacts as a result of exclusion from parts or the whole area of an MPA – and for some individuals, this is likely to be a reality. This study shows increases in size and number of lobster and cod over a relatively short period of time and, assuming that other species will respond in a similar way, this may help to alleviate concerns about short-term impacts on local fishing activities. That the MPAs offered partial protection to the cod implies that some fishing activity was still permitted, in which case fishers may start to reap benefits of increasing population density of commercial species much sooner within the MPA itself.

It will depend on the size of the managed areas, and the level of compliance to the measures, as to how soon fishers will start to notice an increase in numbers and size of fish outside the MPA management zones from which their activities are restricted. Cod and lobster are not species which are designated for protection within the Scottish ncMPAs, so we can only refer to them as a proxy for other temperate fish and shellfish species. However, it’s likely that in Scottish waters they will benefit from the proposed measures currently under consultation, along with many other commercial species, as the measures promise to protect critical habitats which are thought to be essential for the various life stages for many commercial species (e.g. nursery grounds and foraging areas). In certain parts of the MPAs the proposed measures will prohibit types of fishing activities to which these species are particularly vulnerable and are often caught as bycatch, such as trawls and set nets. A reduction in fishing activity and protection of habitats on which they depend will help to safeguard sources of these species for the future. Furthermore, as with many case studies that analyse the effects of MPA management on particular ecosystems, this serves to highlight how crucial ecological monitoring is to ensure the level of management is appropriate.