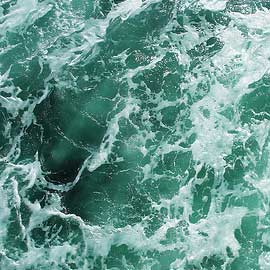 Life in our marine protected areas can make a significant recovery if we take genuine action to reverse its decline, says Calum Duncan

There is a mournful Gaelic proverb that can send a shiver down any spine – Cha bhi fios air math an tobair gus an tràigh e – the value of the well is not known until it runs dry. It’s an ancient version of a modern lament: “You don’t know what you’ve got ’til it’s gone”. It rings true for the previously abundant life beneath Scotland’s waves. After millennia of drawing from the well, we may be reaching the limits of our sea’s biological capacity. Fish, sharks, seabirds, seals, whales and dolphins have all suffered major population declines and many species are threatened or endangered. Over recent decades we have made a colossal impact upon what was once an unfathomable and resource-rich marine environment. Our top marine scientists – and Scotland has a fine pedigree here – now report that there is unlikely to be any pristine ecosystem remaining on our continental shelf. That is a worrying feat of human “progress”.

It is a complex problem. Pollution from our cities and farmland runs into the sea, and localised harvesting of the ocean was swiftly replaced by a much more industrial model. We now harvest intensively, largely for the export market, trawling the available seabed for scallops and scampi, and growing salmon in large, submersible cages. END_OF_DOCUMENT_TOKEN_TO_BE_REPLACED