Today at the Scottish parliament members of Scottish Environment LINK’s Farm for Scotland’s Future campaign presented Mairi Gougeon, Cabinet Secretary for Rural Affairs and Islands, with a petition calling for a new farm funding system that works for nature, climate, and people.

The petition, signed by more than 2,600 people, calls on the Scottish government to use the Agriculture Bill, due to be introduced this year, to ensure that at least three quarters of public spending on farming supports methods that restore nature and tackle climate change. It also calls on the government to support all farmers and crofters in the transition to sustainable farming. 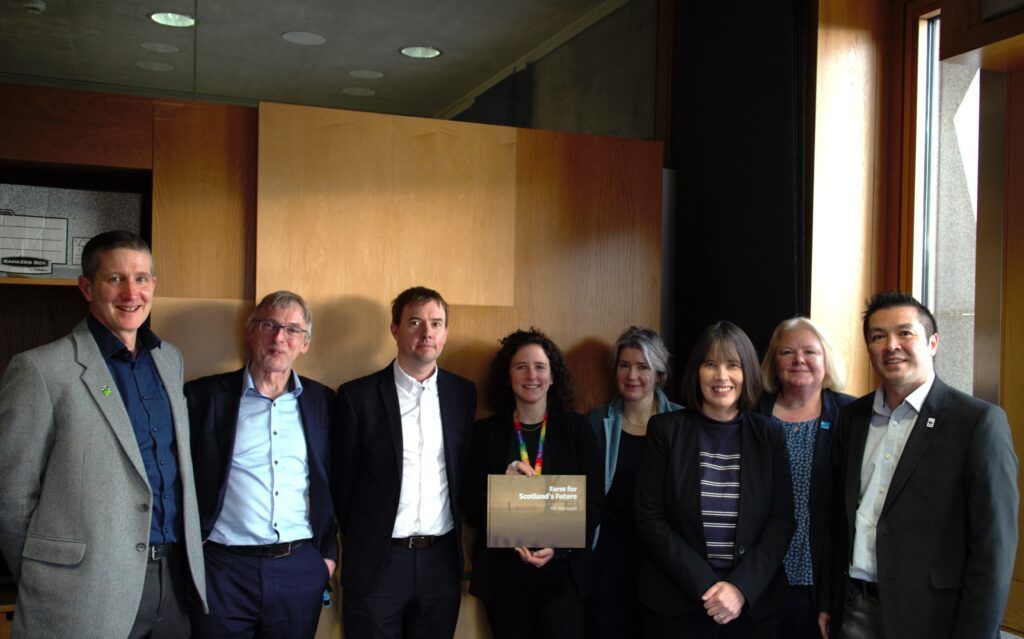 Current methods make farming one of the top three sources of greenhouse gas emissions in Scotland and a major cause of wildlife loss.

More than half of those who signed the petition wrote personal messages to the Cabinet Secretary, explaining why the future of Scotland’s farming matters to them. The messages came from a people across Scotland including farmers and crofters, young people, and grandparents concerned about the legacy being left for future generations. Many describe the loss of nature they have witnessed in their own lifetimes.

“I’d like to thank everyone who contributed to the petition, and I’d especially like to thank those who shared their opinions and experiences with me.

“Our plan to make Scottish agriculture more sustainable and regenerative relies upon the vital contributions of farmers, crofters and land-managers across the country.

“The petition is a shining example of the expertise that we will rely on to help guide us to a fairer and greener future for Scottish farming.” 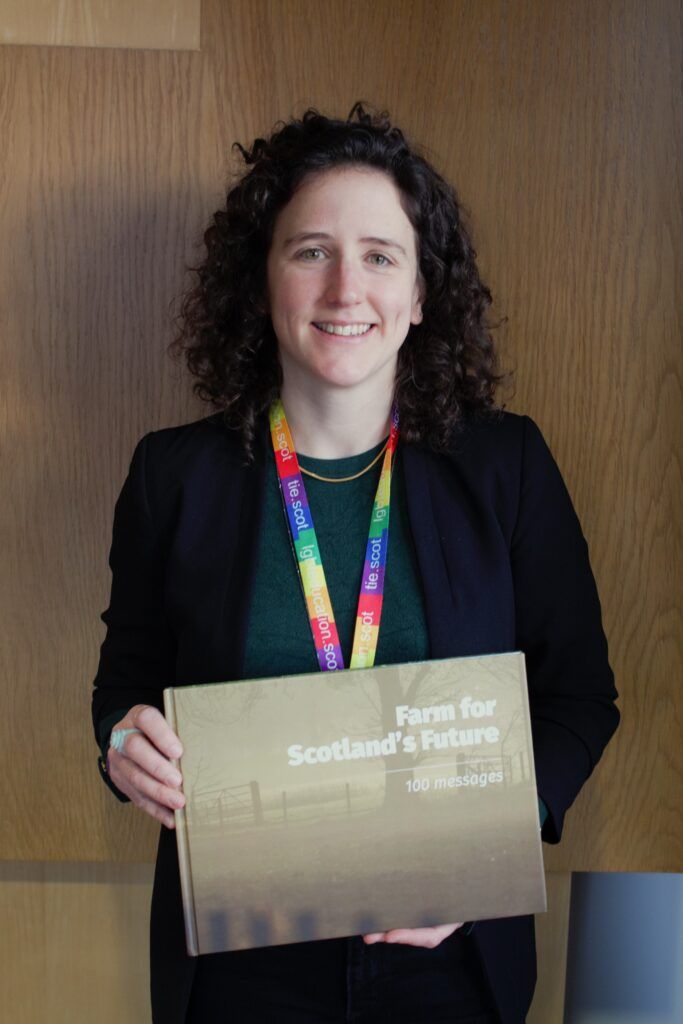 “We support the Scottish Government’s ambition for Scotland to become a world leader in sustainable and regenerative agriculture, and it’s essential that the upcoming Agriculture Bill can set us on the path to deliver this.

“The strength of feeling in the messages people wrote to the Cabinet Secretary is striking. People care deeply about the future of farming and want it to work in harmony with our natural environment. It’s vital that public spending on farming is used to help farmers and crofters produce food in ways that protect and restore nature, cut climate emissions, and revitalise our rural areas for everyone to enjoy.”

The Farm for Scotland’s Future campaign was launched last June by a coalition of environment charities and farmers’ groups. A recent Survation opinion poll found that 85% of Scots said it was important that public spending on farming supports methods that restore nature and tackle climate change.

The 100 messages presented in the book can be viewed at https://myalbum.com/album/hrMbmL8jk2jF/