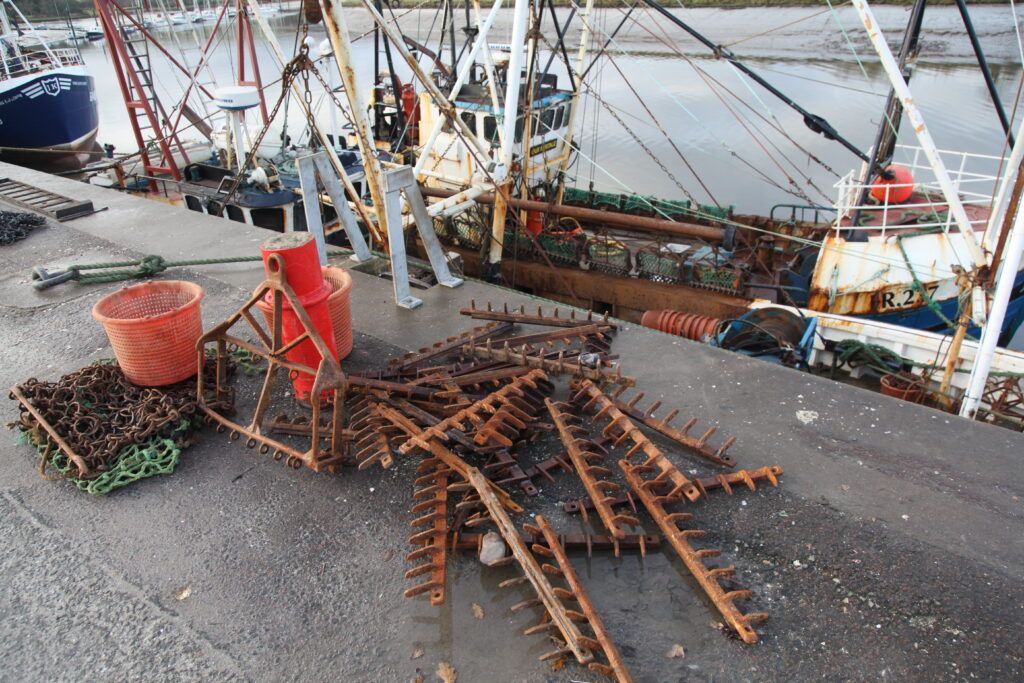 Something important is happening. For the first time in years, we (Scotland) are having an increasingly open debate about how we fish our inshore waters. These issues are usually confined to the clipped minutes of a regional fisheries meeting, quayside chat between skippers, or the dry consultation correspondence on proposed technical regulations. Over the years there has been very little media coverage of one of the most significant ongoing problems: how do we best manage our inshore waters, which have suffered from decades of lack of management, resulting in declining species and habitats and which are now experiencing intensive fishing competition.

But on Monday night, a programme aired on prime time TV – a documentary called ‘Prawn Wars’ as part of BBC Scotland’s Landward – Prawn Wars series. It was followed by a live debate on Scotland 2015, BBC Scotland’s flagship current affairs slot.

It was a watershed moment. It focussed on the very real and pressing issues which face fishermen: where to shoot their gear, whether to invest in new more powerful boats, views on historical catch levels; overlapping fishing grounds; declining stocks and how the different sectors within the industry perceive both the past and the future prospects for fishing.

For newbies to the debate, the programme explained that inshore fishing in Scotland (the area out to 12 nautical miles) is now mainly about catching two species: prawns and scallops. And we use different methods to do this: dredging (for scallops), bottom-trawling (for prawns), creeling (for prawns and crabs and other crustaceans), and diving (mainly for the growing premium hand-dived scallop market). Creeling is by far the most common method – over 70% of all inshore fishermen in Scotland are creel fishermen.

These methods are in competition where they overlap and yet in the absence of clear spatial regulation, fishermen are to an extent left to sort it out for themselves.

From an environmental perspective the programme was a bit light on the detailed ecological impacts our inshore area has experienced in recent decades, but the varying effects of the different catch methods was sensitively explored. One interviewee offered a pretty mournful reminder of the former plenitude of the inshore area – when prawns (our now beloved langoustines) were the size of lobsters and there was a vibrant, mixed fishery, which employed significantly more boats than currently operate on the West coast.

Despite the title (‘Prawn Wars’) there was no actual fighting in the storyline, but it did allude to an emerging ‘regulatory’ battleground. During the programme, a creel fishermen, described the case for the re-instatement of a ban on ‘bottom-towed mobile’ fishing within three nautical miles of the shore. This regulation known as the three mile limit was, as the programme stated, repealed during the years in 1984. This allowed trawlers to start fishing closer up to the shore. There is significant and ongoing debate about the effect of this on other fishing sectors and on Scotland’s sensitive marine species, habitats and ecosystems. And earlier this year, a Scottish Government-commissioned report ‘Management of the Scottish Inshore Fisheries: Assessing the Options for Change started to develop this debate by exploring the economic effects of re-introducing spatial management of mobile fishing gear within 1nm, 2nm and 3nm limits around Scotland’s inshore.

Scallop spat
Our campaign’s members, like most people, are not keen on public spats, but we are interested in spat, specifically scallop spat, which is one of the key stages in the life cycle of a Pectus maximus. Scallop spat is the larvae of one of Scotland’s finest fruits of the seas – the King scallop. Individual scallops can live up to around 20 years of age and spawn at least once during the summer months, when each juvenile and mature scallop can generally produce several million ‘ooecytes’. This cloud of scallop ‘spat’ can drift as far as 10km before settling on the seabed. The success of this spawning process requires the right ‘habitat’: areas of the seabed with the biogenic complexity that provide as much three-dimensional structure as possible for scallop spat to stick to. Once the sheltered by the habitat, it can mature, undisturbed, from a tiny scallop into the creature whose larger shells we often see washed up on the shore. A healthy seabed habitat is therefore a crucial part of the scallop life-history.

We think it is essential that fisheries management of the inshore starts to more fully integrate ecosystem-thinking by protecting – and recovering – the kind of habitats upon which a healthy scallop fishery depends. The inshore MPAs – whilst not designed for managing fish stocks – may help in this regard. But the management in the recently consulted MPAs will likely affect only around 3% of Scotland’s inshore waters. There are many areas outwith MPAs where protection for nursery habitats could be considered. (see King Scallop measures and the recovery of our inshore). In short MPAs are just one part of this broader debate.