Guest blogger Richard Lilley from Scottish Seagrass takes us underwater to explore Scotland’s Seagrass Meadows – productive coastal habitats that are an example of the valuable Natural Capital in Scotland’s Seas – and how you can get Seagrass Spotting to help map them! 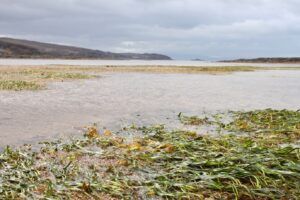 Natural Capital is often defined as the world’s stocks of natural ‘assets’ which include the land we live on, the oceans we fish, the air we breathe, the water we drink… indeed all living things! It is from this Natural Capital that humans derive a wide range of benefits (often called ecosystem services) which make human life possible. Scotland’s Natural Capital is understood to be vast, and a Natural Capital Committee exists to provide advice to the UK government on the sustainable use of natural resources. But just how vast is it?

Seagrass meadows are just one example of Scotland’s valuable Natural Capital, since they are just one of several productive coastal habitats that exist around our Scottish coast (just think about our maerl beds, kelp forests, and oyster reefs to name a few). Globally seagrass meadows are becoming increasingly recognised for their ecosystem services – they provide a ‘nursery habitat’ for commercially important fish species, and are also known for their immense ability to act as ‘carbon sinks’ and store vast amounts of carbon below ground.

Of both a personal and professional interest to me is the quantifying of the extent of a species of seagrass called ‘Eelgrass’, or ‘Zostera marina’ around Scottish coasts. What is the natural capital value of Scotland’s seagrass meadows? 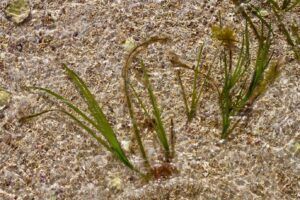 Natural Capital – Just how much seagrass exists around the Scottish coasts? What is the value of this plant to our nation?

It is currently estimated that Scotland has around 20% of the total seagrass meadow extent of north-west Europe… but how much is it actually? …and where exactly is it? 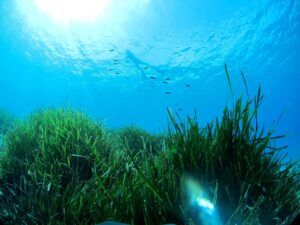 Ecosystem Services – It is estimated that seagrass meadows in the Mediterranean could be worth around €190 million every year to the commercial and recreational fishing industries. But what’s the equivalent for Scotland?

One of the challenges facing national governments across the globe is in quantifying how much Natural Capital exists within their jurisdiction, and then understanding how much Natural Capital can be converted into Economic Capital without environmental collapse.  If we keep drawing down on our stocks of Natural Capital without allowing nature to recover, then we run the risk of serious and potentially permanent ecosystem collapse. A famous example of this is the collapse of the Newfoundland cod fisheries in north-west Atlantic which profoundly affected both the society and the economy of the Newfoundland fishing communities. Poorly managed Natural Capital is therefore not just an ecological liability, but also a social and economic liability.

Across Scotland scientists are currently working hard to better understand what benefits our seagrass meadows bring both to our environment and our economy. For example, Danielle Whitlock from Edinburgh Napier University is currently conducting research to better understand the drivers of, and threats to, carbon sequestration in Scottish seagrass. This work follows on from another PhD at Edinburgh Napier by Dr Maria Potouroglou who assessed the carbon storage capacity of Zostera for the first time not only in Scotland, but also the UK. Maria also co-ordinates a network of scientists around the globe to explore the role of seagrasses in sediment dynamics and patterns. Their study published earlier this month in Nature Scientific Reports emphasises the important contribution of seagrass in facilitating sediment deposition and reducing erosion. Over at Heriot-Watt University Dr Alastair Lyndon has been conducting genetic studies on seagrass to establish just how many species exist around our coasts and across at Glasgow University Lauren Clayton has been quantifying which fish species utilise seagrass meadows, either as a nursery or as foraging habitat. 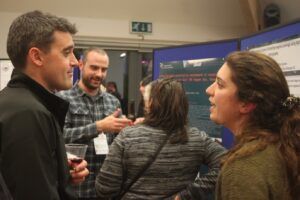 In our seagrass world, the big ‘buzz’ right now is around ‘Blue Carbon’, and the huge role seagrass meadows have is sequestering carbon (removing carbon dioxide from the water column and storing it either as biomass or in the sediments). Recently at Thurøbund bay in Denmark, a figure of 27,000 grams of carbon per square metre was recorded as sequestered by Zostera marina seagrass (This figure has never been measured to be more than 10,000 to 11,000 grams of carbon per square metre in other parts of the world). Why is this exciting? Well our Scottish seagrass meadows are the same species as those found in Denmark, so our seagrass might also be fixing carbon at world record rates! 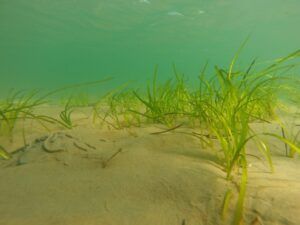 Eelgrass (Zostera marina) uses its roots to extract nutrients from the sediments. The sediments are also where all the carbon is sequestered.

Scotland has a proud history of biological recording. However, for various reasons, seagrasses have rarely figured extensively in that data collection. When we don’t know where seagrasses are, then managing and protecting these habitats that provide so many important functions to our coastal ecosystems is impossible. Unmapped seagrass meadows could disappear without anyone even noticing (although we might notice the lack of fish!). In this scenario, we would quite literally be throwing Natural Capital, and therefore potential Economic Capital, away!

However, studying seagrass is challenging. It requires time, energy, funding and experts willing to conduct research. Governments, Universities, NGO’s all try and do this vital mapping work but it’s very expensive and time consuming. Relying on data only gathered by experts leaves a huge deficit in our information and this is where citizen scientists come in; observations made by members of the public can help bridge the gap in our knowledge, as in many areas of Scotland basic distribution information is still badly needed.

So, the idea is simple. Over at Project Seagrass we’re inviting the public to upload photos of seagrass from known locations around Scotland (and indeed around the wider UK) using either the Seagrass Spotter smartphone app or directly via the website. 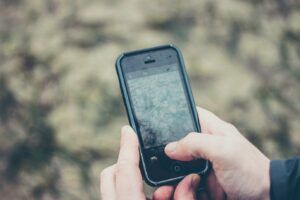 Citizen Scientists can help us to map Scotland’s Seagrass Meadows and therefore help us document our marine Natural Capital in much greater detail than it’s ever been mapped before. Through this project, we can gain a much better understanding of the spatial distribution of habitats in the marine environment and therefore provide better spatial management for our fisheries in the future.

So why not head on down to the coast this weekend and get spotting Seagrass!