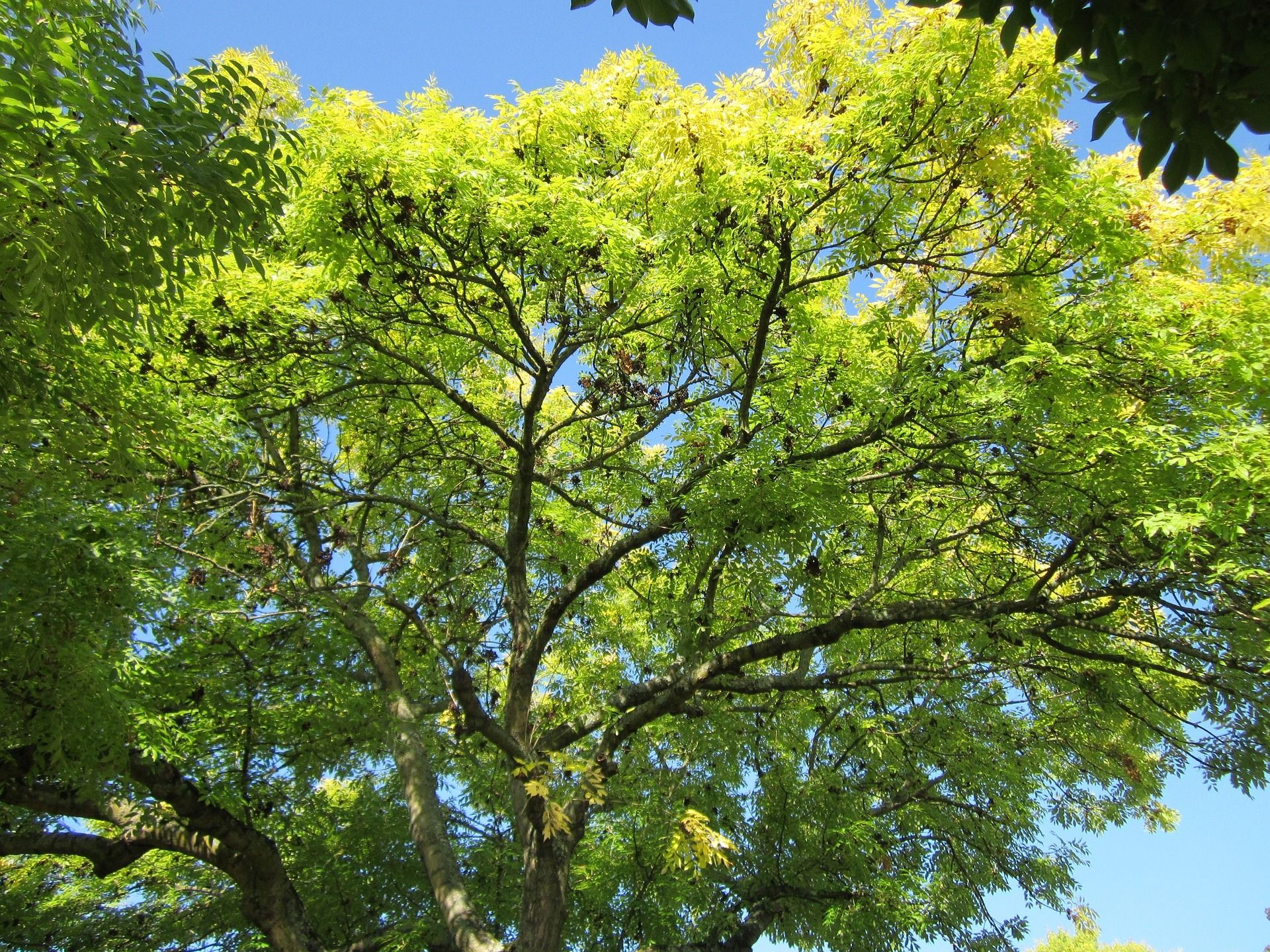 Ash is one of our most beautiful native trees.  It grows throughout Scotland, although it is not usually found at high elevations and does not grow well in acidic soils. Ash is a large deciduous tree which can grow up to 35m and live up to 400 years old. It is easily identifiable, either by its compound leaves composed of opposing leaflets or in winter by its large distinctive black buds.955 species of birds, mammals, insects, fungi, mosses and lichens use ash. 65 of these are highly dependent on ash and 45 are only found on ash. This shows the biodiversity associated with native trees.

Ash is a particularly important tree for lichen and bryophytes. In the UK over 500 different lichens have been recorded growing on ash. Its leaves provide food for a number of different species of moth caterpillars. Bullfinches feed on the ash’s keys (seeds) and many birds, including barn owls and redstarts, nest in ash branches. Ash wood is very strong and durable and it has long been used as a source of timber. Historically it was used to make chariot and coach axles. Today ash is still used for making a wide range of products such as hockey sticks, various tools and furniture. Ash wood also provides a good source of fuel, the tree’s Latin name Fraxinus, means firelight, and the density of the wood means that it burns for a long time and produces a significant amount of heat. Ash also has a firmly established place in British folklore, having been long associated with protection and healing. The ash tree also held an important role in Viking mythology.