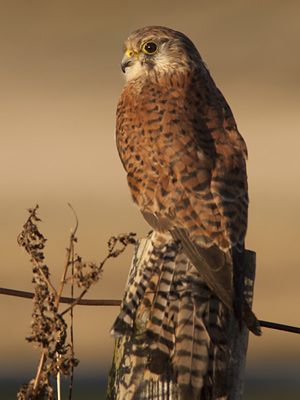 The kestrel is one of the smallest birds of prey in the UK.  It is identified by its pointed wings, long tail and hovering hunting style.  Distributed throughout most of Britain and Ireland, they use a wide variety of habitats, from moor and heath, to farmland and urban areas.

Kestrels feed almost exclusively on small mammals, particularly voles, but they will also take many other prey types including songbirds, lizards, earthworms, large insects and even bats.  Their numbers have declined significantly over the last 20 years (69%) in Scotland, resulting in them being Amber listed within an estimated population of 36,800 breeding pairs across the UK, which is approximately 10% of the European population. 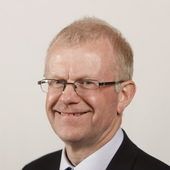