Scotlink/The end of the line for North Sea cod?

The end of the line for North Sea cod? 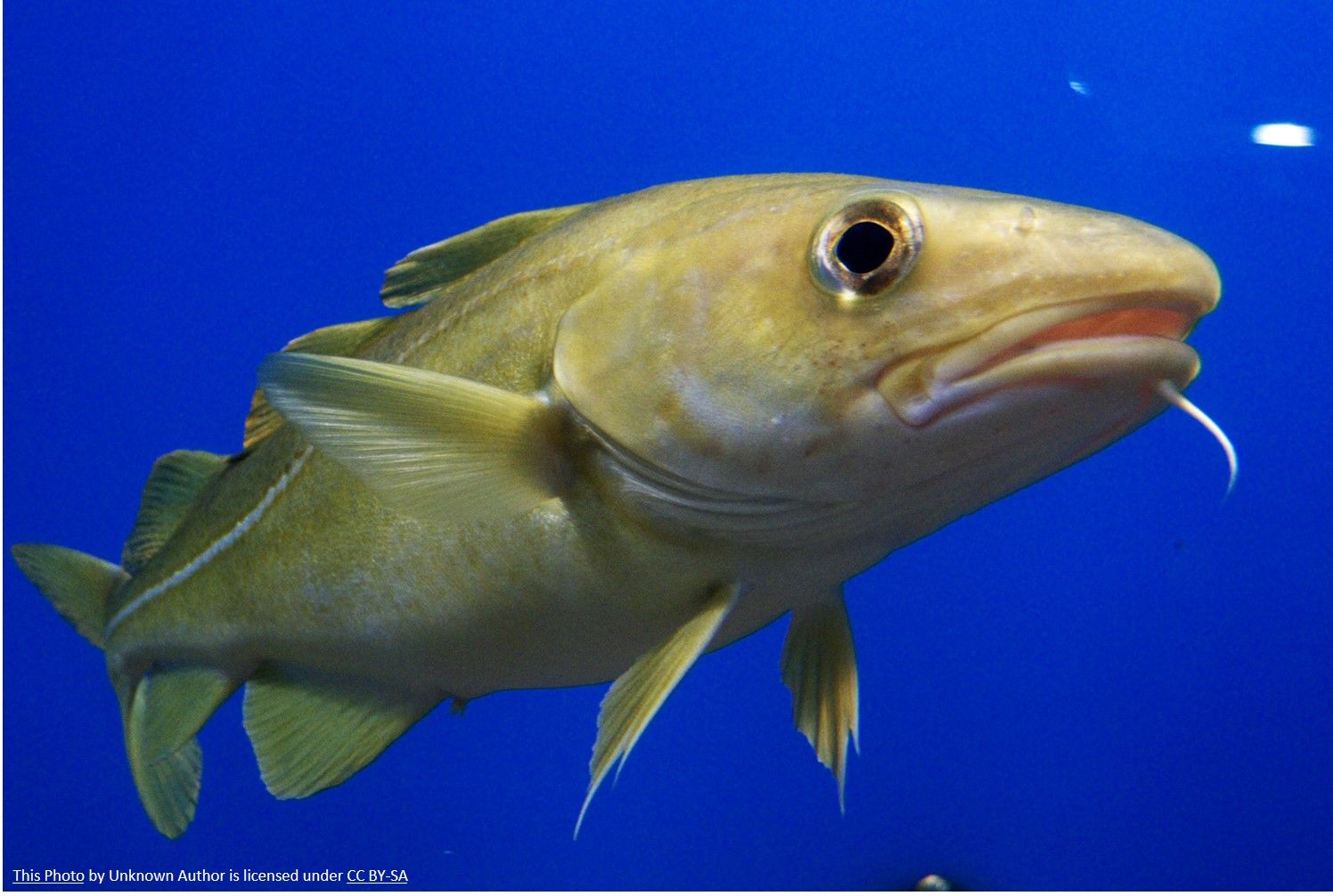 Earlier this year, the intergovernmental Science-Policy Platform on ­Biodiversity and Ecosystem ­Services (IPBES) published the most ­comprehensive assessment ever conducted on the global state of nature. The stark conclusion was that nature is undergoing dangerous rates of decline unprecedented in human history, eroding the very foundations of our economies, ­livelihoods, food production, health and quality of life worldwide.


For ‘marine systems’, the report concludes that “fishing has had the most impact on biodiversity ­(target species, non-target species and ­habitats) in the past 50 years ­alongside other significant drivers.” Nevertheless, the report also ­concludes it is not too late to make a difference if we start now with transformative change at every level, local to global.

Unfortunately, recent advice declared that an iconic component of Scotland’s marine biodiversity, North Sea cod, is again in a critical state and in need of emergency measures. In June, the International Council for Exploration of the Sea (ICES) scientific committee, an intergovernmental body, confirmed a significant decline in North Sea stocks and recommended a 70 per cent reduction in total catch. Urgent leadership is therefore needed from all nations that catch North Sea cod, not least the Scottish Government who manage the majority of quota.

We have been here before. Cod stocks crashed so low through the 1980s and 90s that by the early 2000s ICES advised zero quotas, effectively suggesting the fishery should close. With the Scottish fleet largely ­taking the lead, various measures to ­recover the stock were introduced, including major fleet decommissioning followed by a Cod Recovery Plan that was agreed and implemented in 2009. Stock levels then recovered ­sufficiently for the Scottish cod ­fishery to achieve Marine Stewardship Council (MSC) certification, an ecolabel for sustainability, in 2009. Yet ten years later, North Sea cod is again on the brink of collapse.

Paradoxically, some might say ­illogically, a key area closed for cod recovery during the last crash in 2001, has just been reopened to the ­concern of many. Following an EU technical amendment to regulations that applied there, a 4,000 km2 area west of Shetland known as the Windsock was largely reopened to bottom-towed fishing, including trawling, on 14 August this year. It overlaps the West Shetland Shelf Marine Protected Area (MPA) designated in 2014 to protect offshore subtidal sands and gravels, an important spawning ­habitat for cod. 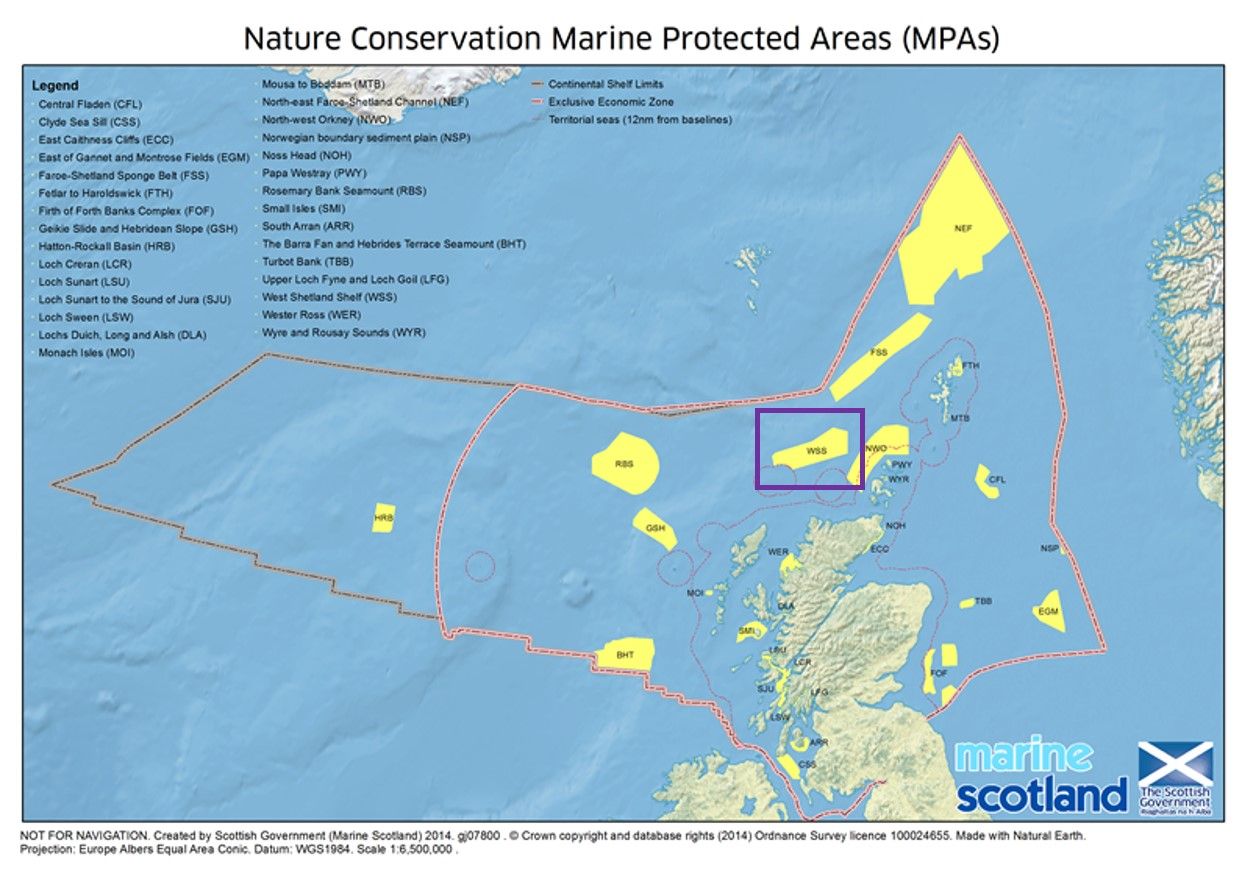 Perhaps also complicated by the wider politics of Brexit, management proposals under the Common Fisheries Policy for this MPA have stalled. In the absence of statutory fisheries protection measures, almost two decades of seabed recovery, thanks to respite from ­bottom-contacting fishing gears, is now at risk.

Representatives of the Scottish ­fishing industry swiftly responded by seeking to develop voluntary measures to manage fishing activity. ­However, whilst this response is ­welcome, proposed fisheries measures for the MPA already exist on paper, if not yet in EU regulations, developed by the Scottish Government through engaging Scottish and EU fishers and NGOs in a more inclusive process several years ago. We are concerned that the environmental status of the MPA, and a potential hotspot for cod recovery, will be ­jeopardised if sufficient protection is not put in place.

Cod is more than a mere ­commodity for food and income, playing a ­keystone role in the North Sea ­ecosystem as both predator and prey. Continued decline will further ­unravel the North Sea ecosystem, risking another ­species loss amidst a global biodiversity crisis.

All UK administrations have already failed to bring commercial fish stocks and seafloor condition up to Good Environmental Status, the EU benchmark of ecological health. Offering direct protection to cod and their spawning grounds for many years, the Windsock provided proof positive of the ecological and potential commercial benefits of protecting areas of seabed from trawling. Scientific surveys revealed an ­average 78 per cent greater catch of cod, particularly larger fish with ­vastly greater reproductive potential, and other species inside compared to outside. We need more such protected areas, not fewer.

Measures must also urgently be put in place that control access to cod grounds, support population recovery and increase accountability. Effective compliance and full ­documentation are vital, including remote electronic monitoring ­systems with cameras and GPS to provide confidence in where fish are caught and how. Scotland’s oceans are a public good and all have a stake in them. In the midst of a climate emergency and biodiversity ­crisis, urgent plans to recover cod stocks must recognise where they belong, at the heart of the ecosystem. Recovery of nature must be at the core of all fisheries management.
This opinion piece was written for the Scotsman – see the published article.
Calum Duncan is Head of Conservation Scotland for Marine Conservation Society and Scottish Environment LINK’s Marine Group convenor.