Scotlink/They are called seabirds for a reason

They are called seabirds for a reason 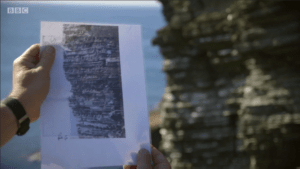 New documentary footage shows why protecting and recovering our seas will help our struggling seabirds.

It was a graphic reminder of just how urgent it is that we address declines in our seabird populations. As part of a BBC documentary exploring Scotland’s dependence on seabirds and the threats they face, Adam Nicolson journeyed to a cliff-face on Orkney. A black and white photo from the 1980s at Marwick Head showed each ledge packed with kittiwake nests, a high rise flat for literally hundreds of seabirds. But now the ledges being filmed were bare, the white gauno the only trace for the history books. Kittiwake populations have plummeted on these cliffs by 90% in just 30 years. These populations are in trouble, but in other places – famed for huge and vital seabird populations – the seabirds have quite simply disappeared.

It is this threat that motivates many to take action now before it is too late. Interviewed for the documentary Last Seabird Summer, RSPB Scotland’s Marine Policy Officer Phil Taylor explains that the seas around are not in the condition they should be. “One thing about Kittiwakes is that they are a great indicator of the health of the sea around … you could not think about protecting that bit of cliff there and the birds that live on it, without also thinking about how we protect and recover that bit of sea there.” It’s a simple reminder why seabirds have their name.

Recovering our marine environment is therefore crucial to the survival of threatened seabird colonies and yet the process for implementing SPAs for seabirds in Scotland has been fraught with delays and concerns about the impacts on industry and development. Progress is being made slowly with proposals for 14 SPAs around Scotland’s coast that will protect and recover Scotland’s seabird populations, and help provide much needed certainty to offshore industries.

Unfortunately there is some resistance. Orkney Isles Council, as just one example, is trying to undermine the underlying justification for SPAs. We have spent time this month engaged in Government-led workshops, trying to help realise the responsibility we all have to protect our amazing wildlife, why the laws are needed, and better understand how we can continue to use the seas in synchrony with nature conservation.

A great example of this is the MeyGen development, a tidal power project in the Pentland Firth that will go ahead within an SPA now that some management tweaks have been made so that the seabirds aren’t disturbed. It’s a good demonstration of how protecting nature and harnessing our natural assets can be done at the same time.
You can watch ‘The Last Seabird Summer?’ on BBC iPlayer.