LINK currently employs 12 staff - 9 core staff and 3 project staff. Click on their photos to find out more including details of their working pattern. 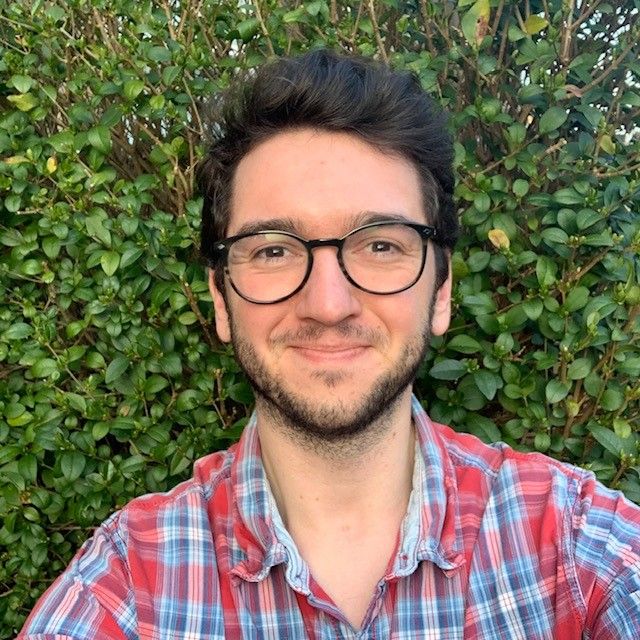 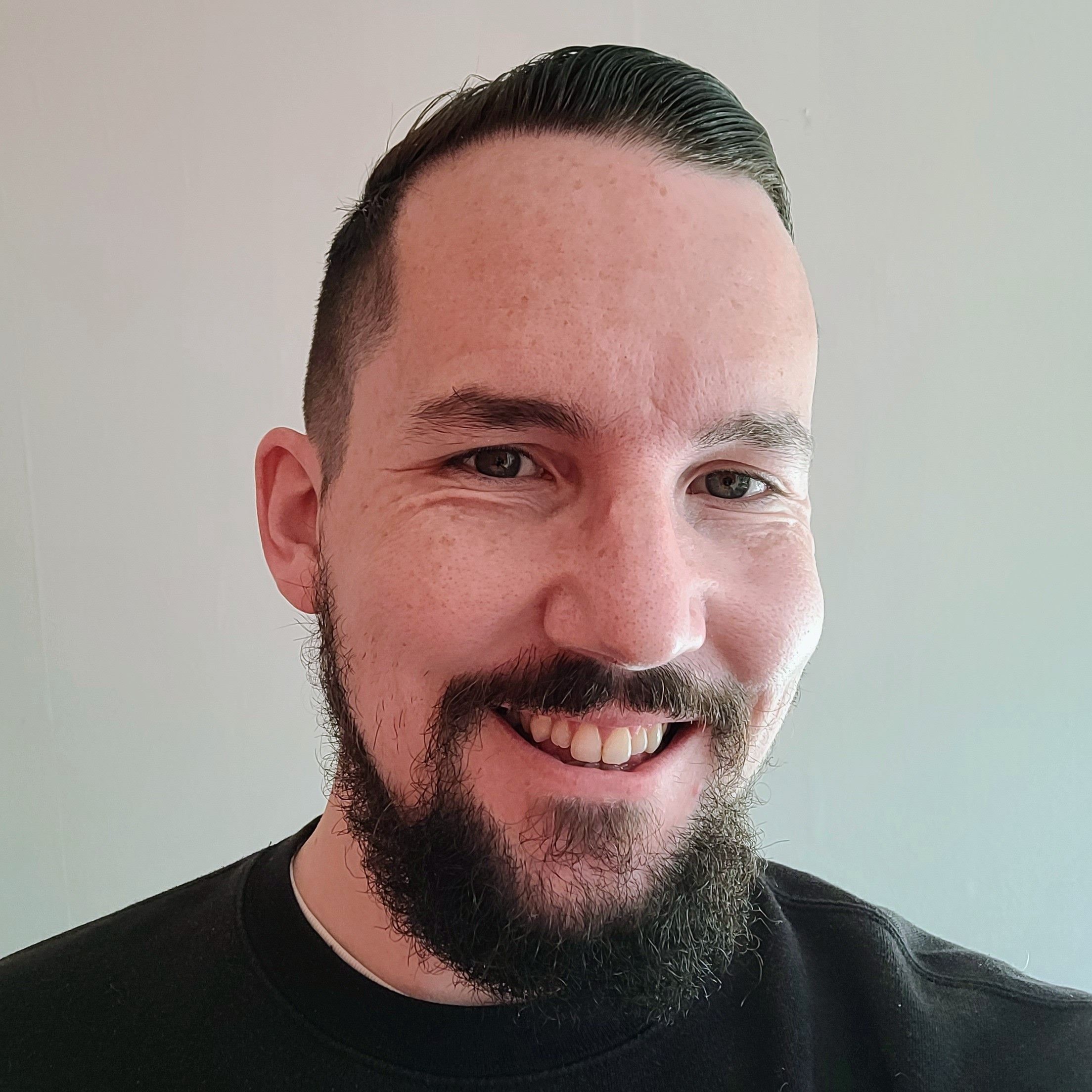 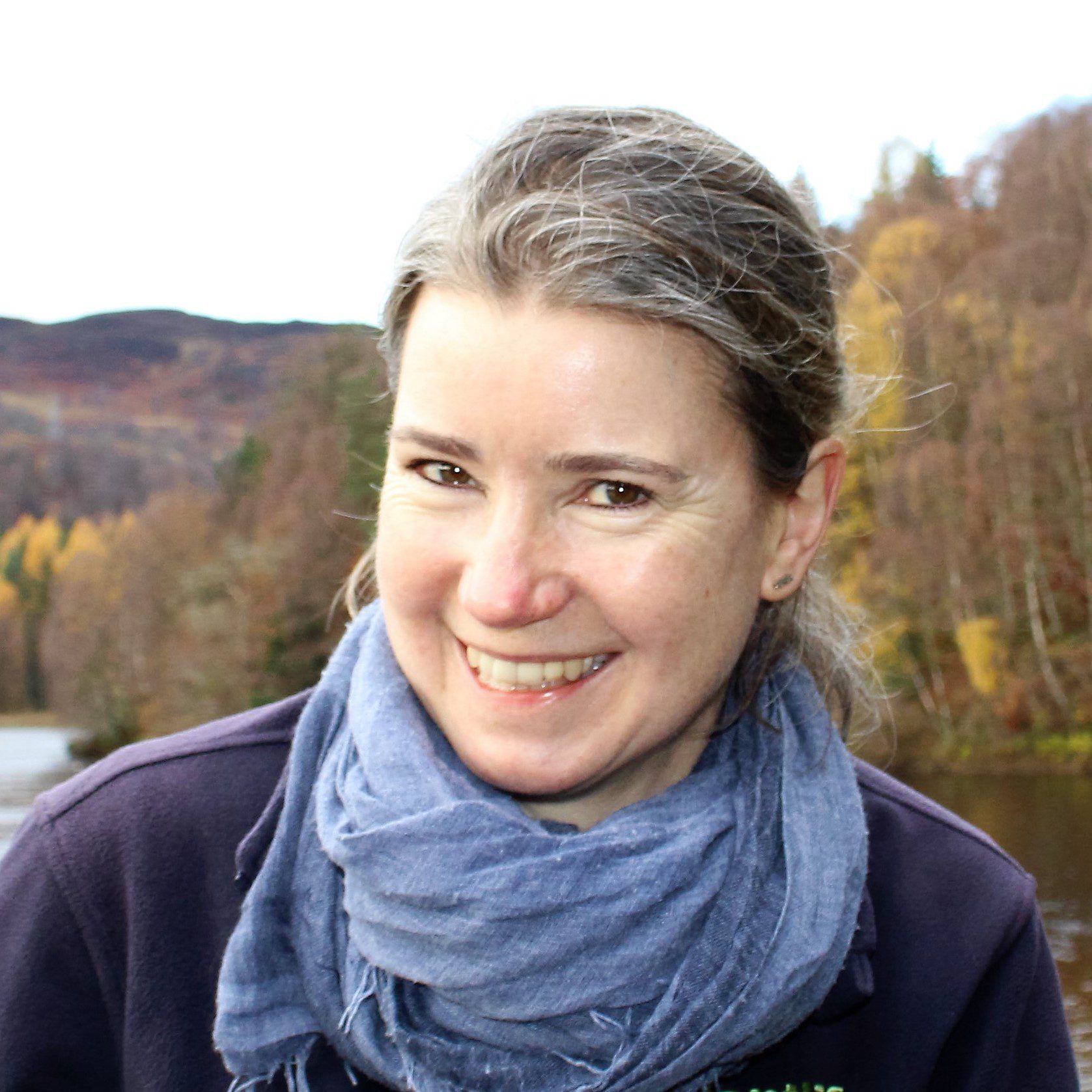 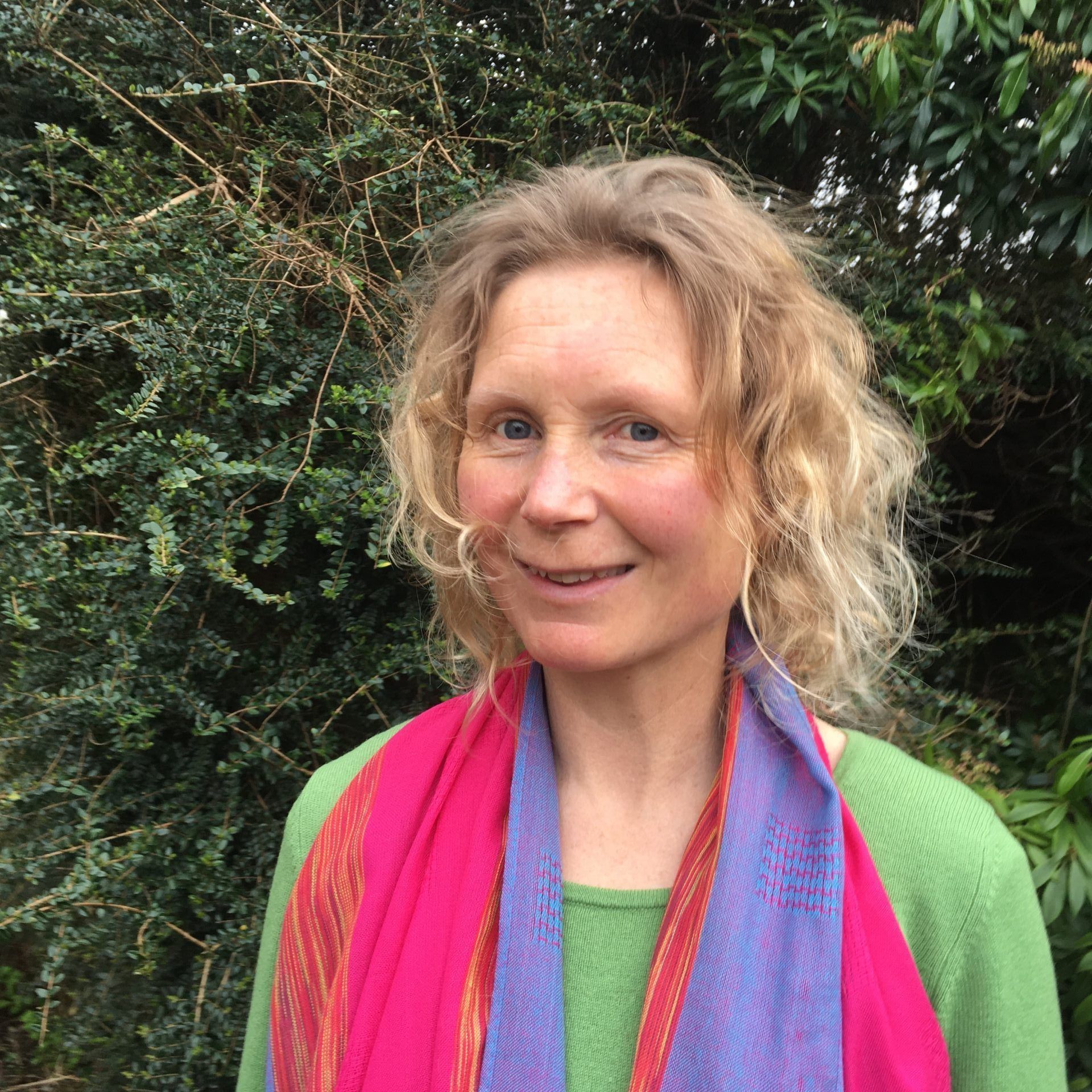 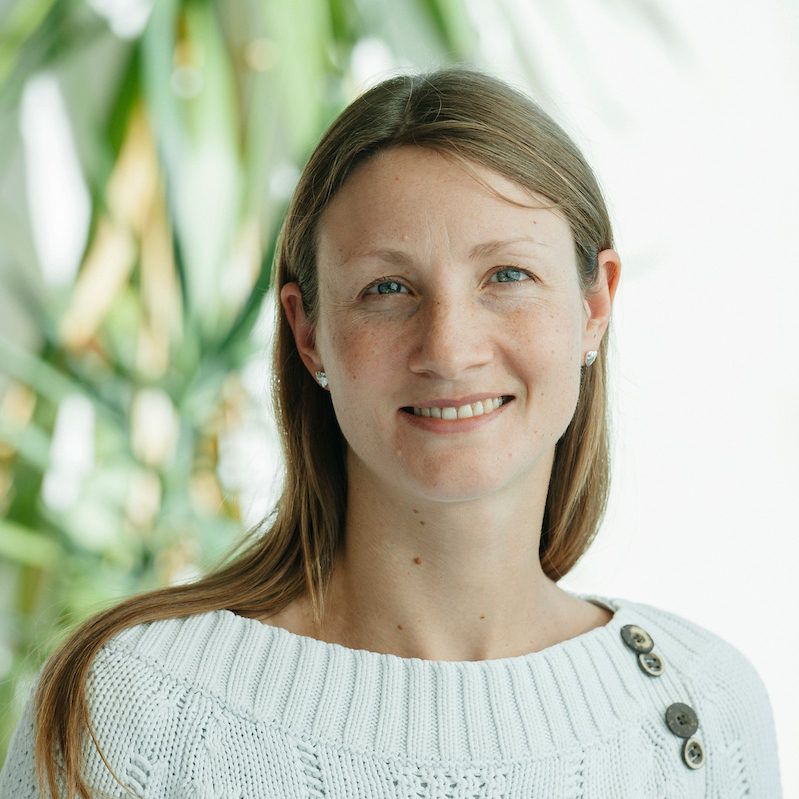 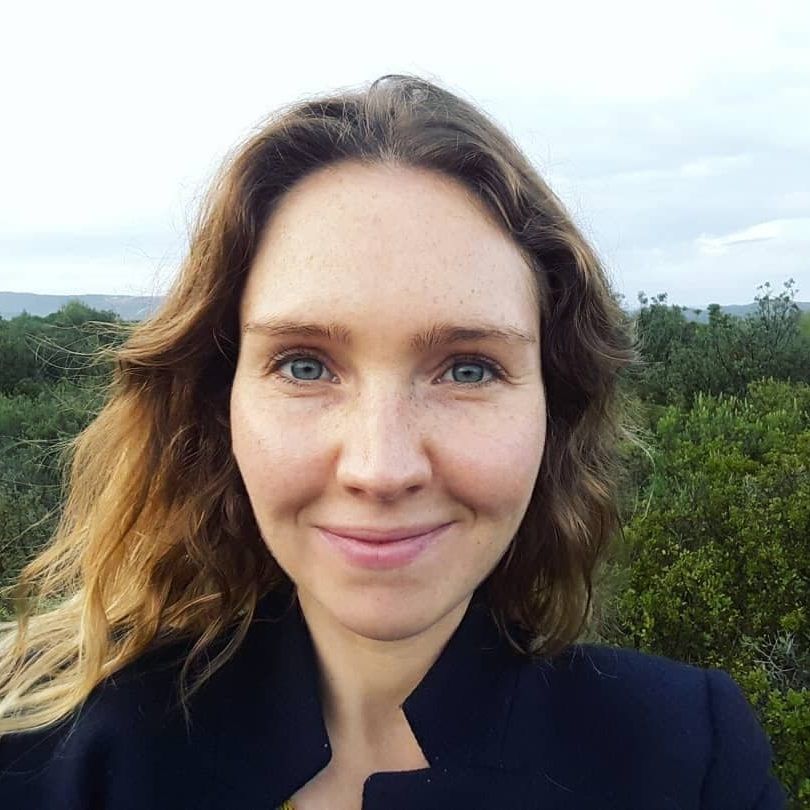 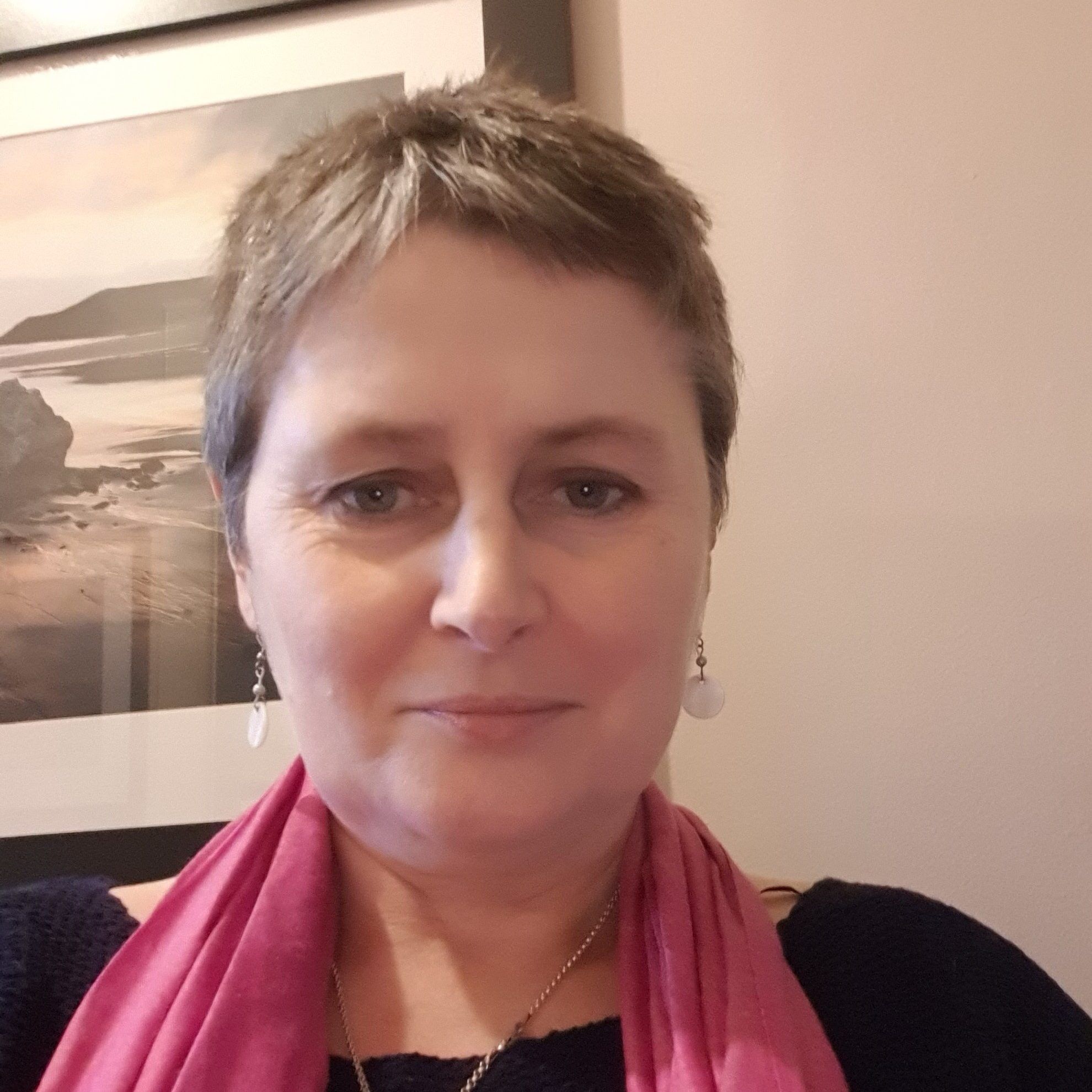 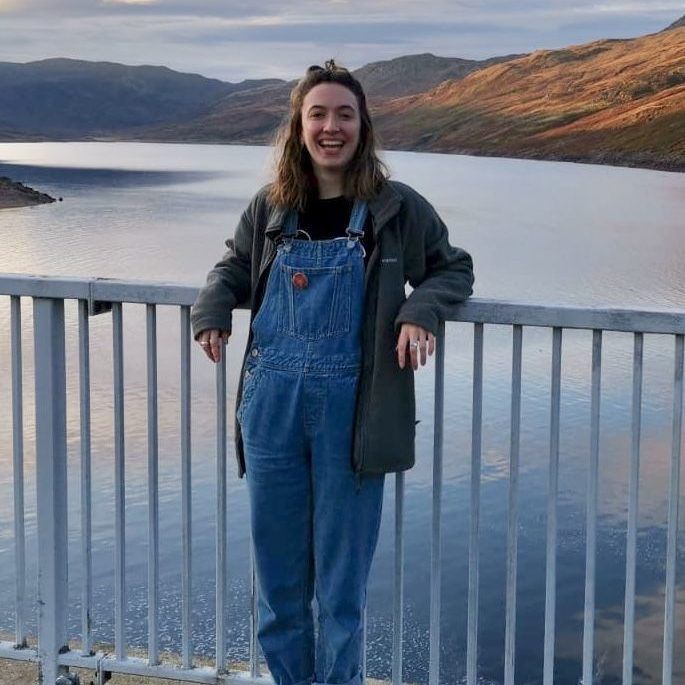 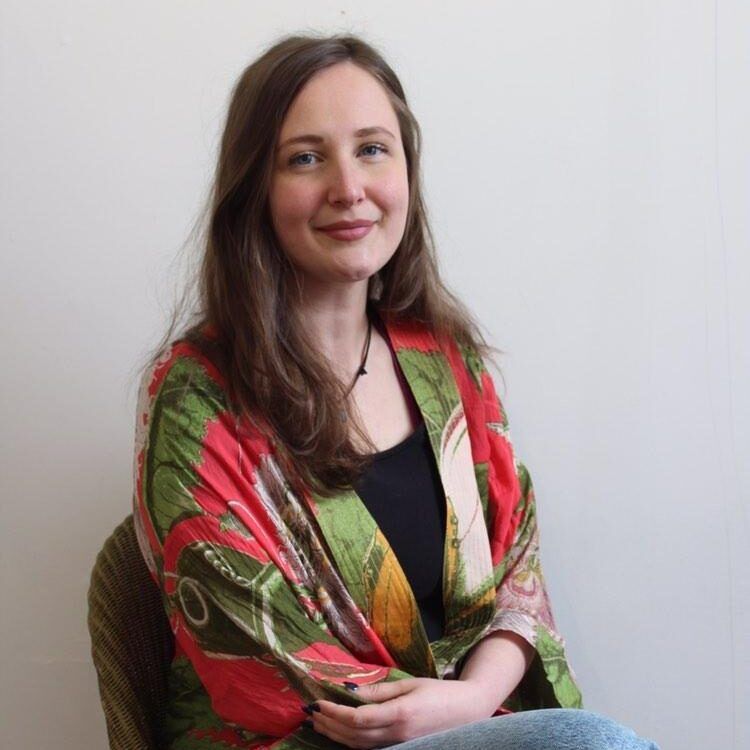 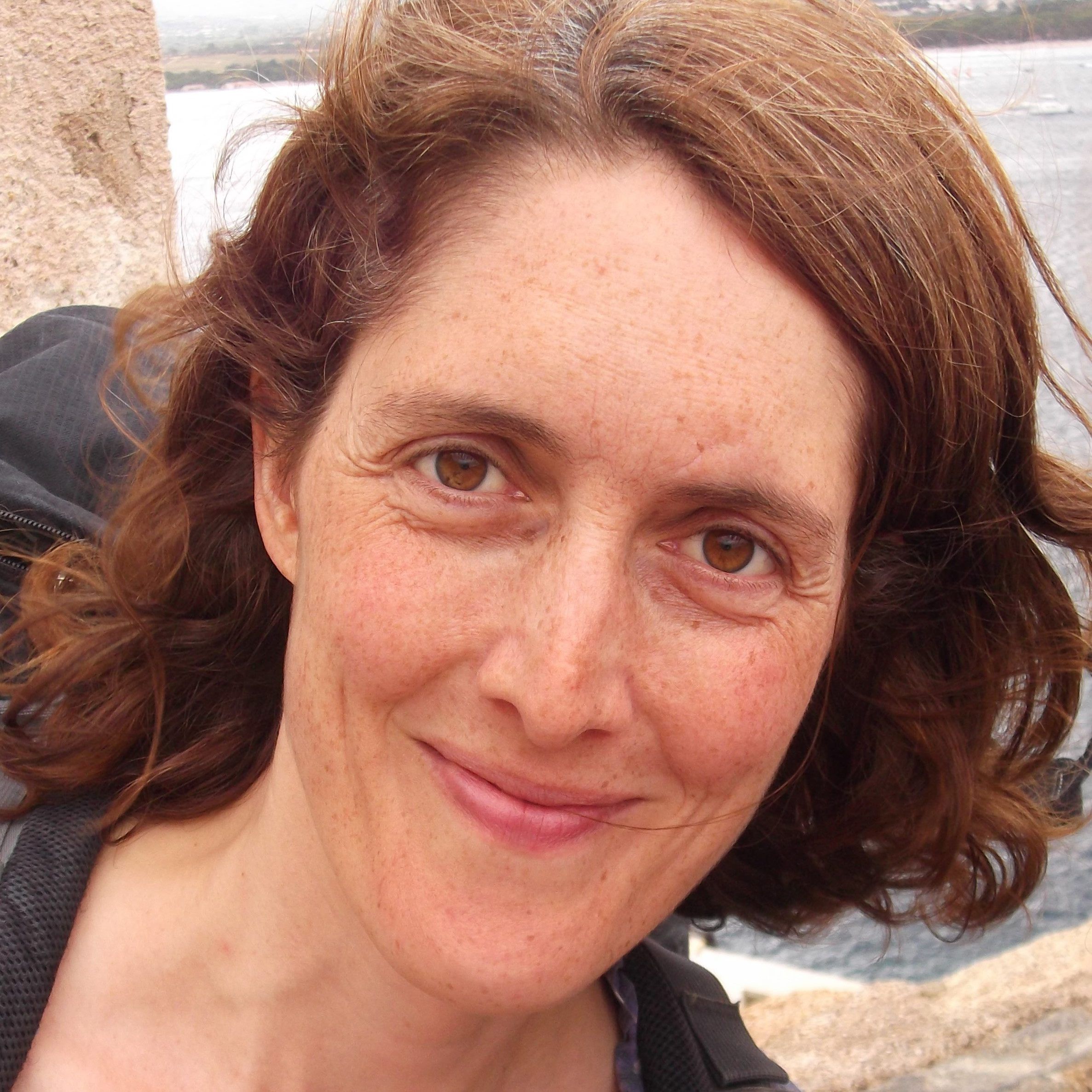 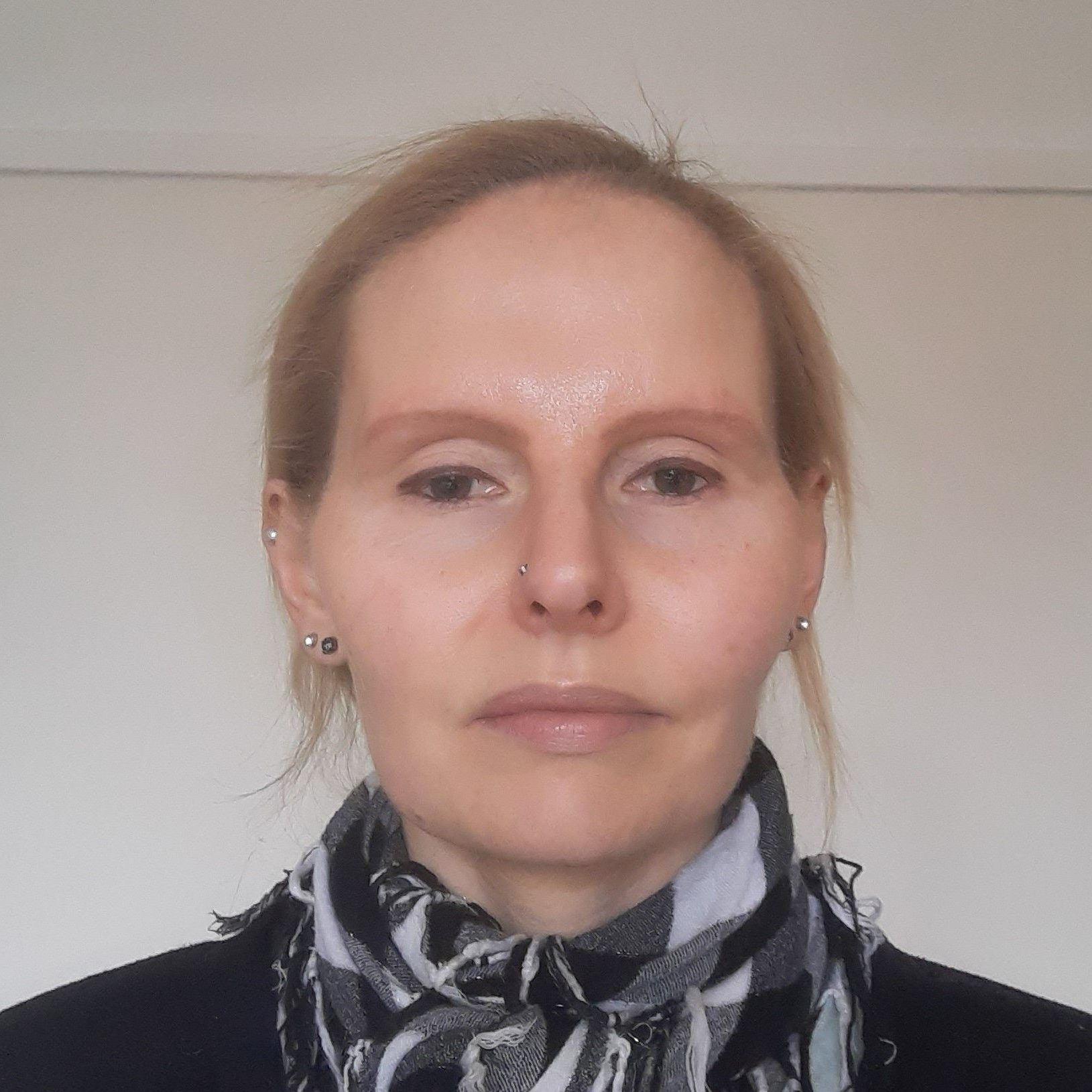 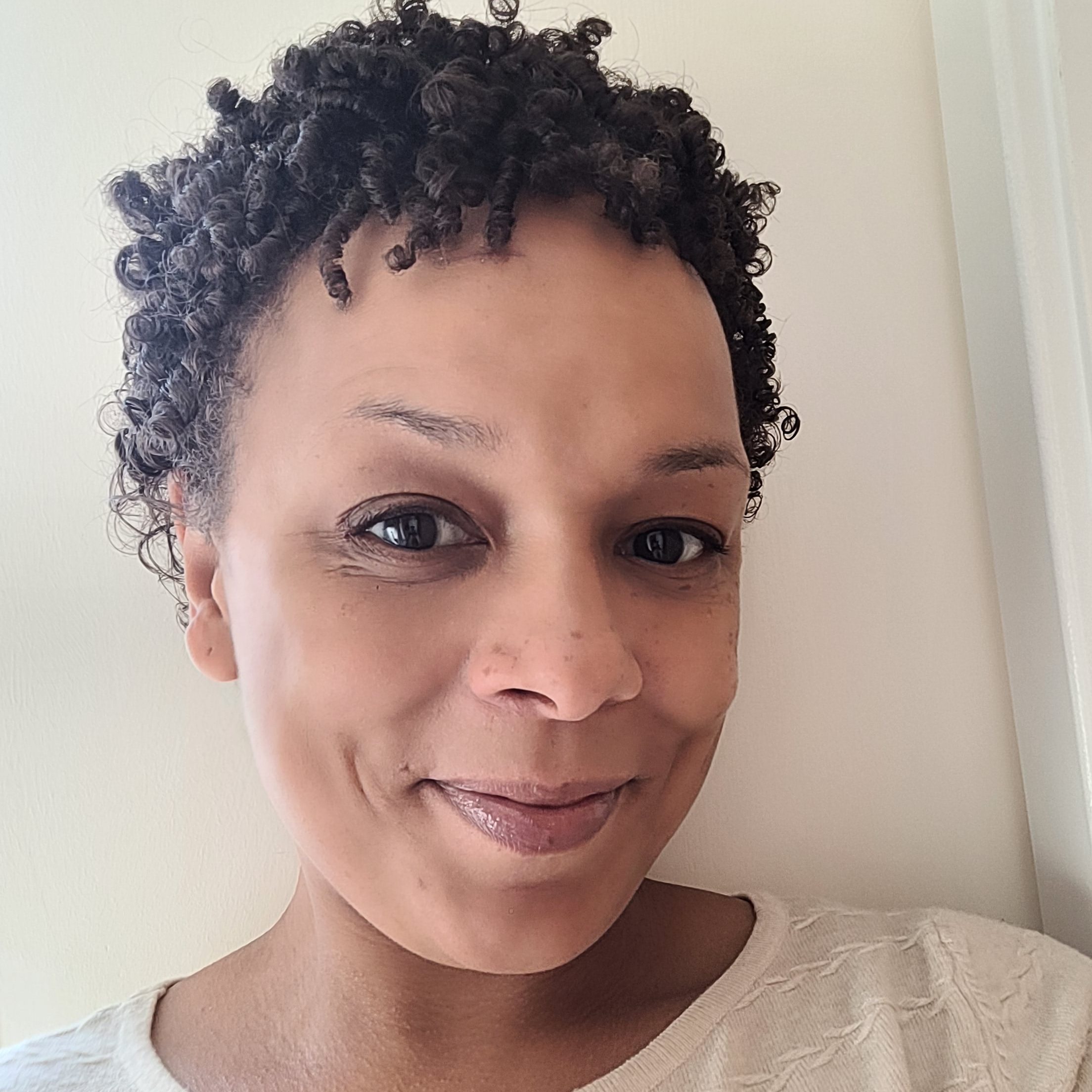 Prior to working for LINK, Andy worked to build community partnerships for Scotland’s leading youth homelessness charity. Andy has also worked and volunteered with a variety of UK charities and international NGOs that have supported young people, refugees and the conservation of the natural environment.

Dan is the Advocacy Manager for LINK, supporting the network’s relationship with parliamentarians, Government, and the wider policy community. Dan has previously worked in an advocacy role in the heritage sector and in political communication.

As LINK’s Chief Officer, Deborah’s role is to ensure the effective delivery of LINK’s strategic vision to deliver a strong coherent voice in pursuit of a sustainable Scotland.  Key to this is providing leadership for the staff team and enabling LINK members to take effective action together. Deborah has extensive senior leadership experience in natural and cultural heritage in Scotland, and most recently led a multi-partner international consortium working with citizens, climate and soil scientists and policy makers across Europe to gather, share and use data on soil and land management. Trained as a Palaeoecologist, Deborah maintains an active interest in plants and growing and spends as much time as she can outdoors in Scotland and across the world, sea kayaking, cross country skiing and hill walking.

Phoebe Cochrane is LINK’s Sustainable Economics Officer, part-time (21 hours per week).  Phoebe leads on the Circular Economy for a Fairer Footprint project, focussing on seeking reductions in Scotland’s environmental footprint and influencing debate around creating a more circular economy for Scotland.  Working closely with the LINK network and others, the role involves policy development, building alliances for progressive economics, and direct advocacy and communications with key stakeholders and decision-makers.  The post is funded by Friends Provident Foundation.   Phoebe previously worked on our Flourishing Scotland Project.  Prior to joining LINK Phoebe worked for the Crofting Inquiry, Just World Partners and The Regional Environmental Centre for Central and Eastern Europe.  She has an MSc in Ecological Economics and a PhD examining the social benefits of community involvement in forestry.

Esther Brooker is the Marine Policy and Engagement Officer, supporting the work of the LINK Marine Group. Esther holds an MSc in Marine Environmental Protection (with a BSc with honours in Marine Biology). She has had a varied career in marine policy and research, most recently working for WWF Scotland as their Marine Policy Officer. She is also a keen SCUBA diver and takes every opportunity for enjoying the marine environment. Esther’s LINK role is to provide technical and scientific support to the Marine Group; she helps to coordinate the development and delivery of joint policy on marine environmental issues and evidence-based advocacy for an ecologically coherent network of marine protected areas in Scottish seas and an effective marine planning system.

Esther’s working week is 9am to 5pm Monday – Wednesday.

Fanny is Marine Policy and Engagement Officer at LINK. She studied in France and Scotland and has a Bsc and a MSc in social science and policy focusing on environmental conservation. Fanny  also has a MSc from the University of Edinburgh in Marine systems and policies.

Fanny has mainly worked for the French Biodiversity Agency, as part of the Marine Protected areas department and the Marine Natural Park of Iroise.

Apart from work, she has a keen interest in the marine environment and never misses an opportunity to go snorkelling!

Joan is responsible for core fundraising and reporting to funders. She supports LINK’s information provision and network functions generally, including organisation of LINK’s annual members’ Congress.

Joan has an honours degree in management of the non-profit sector and social psychology.  She has extensive management experience in different work fields in the public & private sectors plus years of senior leadership experience in local Perthshire charities.  Originally from a crofting community in the Western Isles and having lived on estates, Joan has always been lucky enough to enjoy what the outdoors in Scotland has to offer.

Joan is working from home and available on Tuesday, Wednesday and Thursday 9am to 5pm.

Juliet is employed with LINK as our Advocacy Officer working with LINK policy Groups to help them deliver their advocacy strategies, taking opportunities in the Scottish Parliament and beyond.

Juliet studied Social Sciences BA (Hons) at Edinburgh Napier University, specialising in topics such as environmental politics and human migration. Her undergraduate research surrounded the subject of refugee and asylum seeker integration within Scottish communities. Whilst studying in Edinburgh, Juliet has previously volunteered at organisations such as the Scottish Refugee Council and The Welcoming. Juliet has grown up in the countryside of Perthshire and enjoys spending her free time hiking and wild swimming.

Leigh is the Equality, Diversity, and Inclusion Officer for LINK and leads the “Nature for All” project; a three-year funded project from the National Lottery Heritage Fund that is designed to support diversity, equality, equity, and inclusion across the membership of Scottish Environment LINK.

In terms of who Leigh is, her background is in cognitive neuroscience (MRes and BSc in Psychology) with a Microcredential in Intercultural Understanding and Emotional Resilience in Times of Uncertainty. She has worked in both education and psychological settings in relation to disability and neurodiversity. However, her most recent career has expanded to include initiatives surrounding awareness and acceptance of differences in gender and race.

Alongside her current role, Leigh is also a Student Support Specialist Mentor for autistic students in Higher Education.

Leigh works part-time at Scottish Environment LINK and her working days are Mondays, Tuesdays, and Wednesdays (9am – 5pm).

Miriam coordinates Fight for Scotland’s Nature, the campaign for a Scottish Environment Act supported by LINK’s member organisations. She works closely with our network to maximise the strength of our collective voice on this issue. She has previously worked in campaigns and communications roles for Global Justice Now, Survival International, and Oxfam, and for a Scottish government body.

Rachael is the administrator in LINK’s Advocacy Office in Edinburgh. She worked for the Scottish Government for eleven years before joining LINK.

Tanya is responsible for managing the day-to-day finances of LINK activities and also provides operational support to LINK staff ensuring the smooth running of the office.

Tanya has a BA in Accountancy and previously worked for a Local Government Authority for over ten years before joining LINK.

Tanya is based at Perth Office and works 9am – 3pm Monday to Friday.