IKEA has made the news as it launches its plans to buy back unwanted furniture – going beyond recycling to include repair and refurbishment, as part of its multi-billion dollar plans to become a ‘truly circular climate positive’ business by 2030.

It’s clear that repair is becoming more mainstream in the large business community. Will this mean that repairing and mending becomes more prevalent in society as a whole?

Having come out of three months of social isolation ourselves, for the team, one of the things that has given us the most pleasure is engaging with happy customers – who bring in their items (safely) and hand them to our hatch at Govanhill Baths’ Deep End site. From record players, to jeans, to blenders and phones – each fix involves problem solving and creative thinking in order to return the item to its owner. The technicians have fixed over 120 items in the first two months alone, with an 85 percent success rate, and making no charge if the repair is unsuccessful. 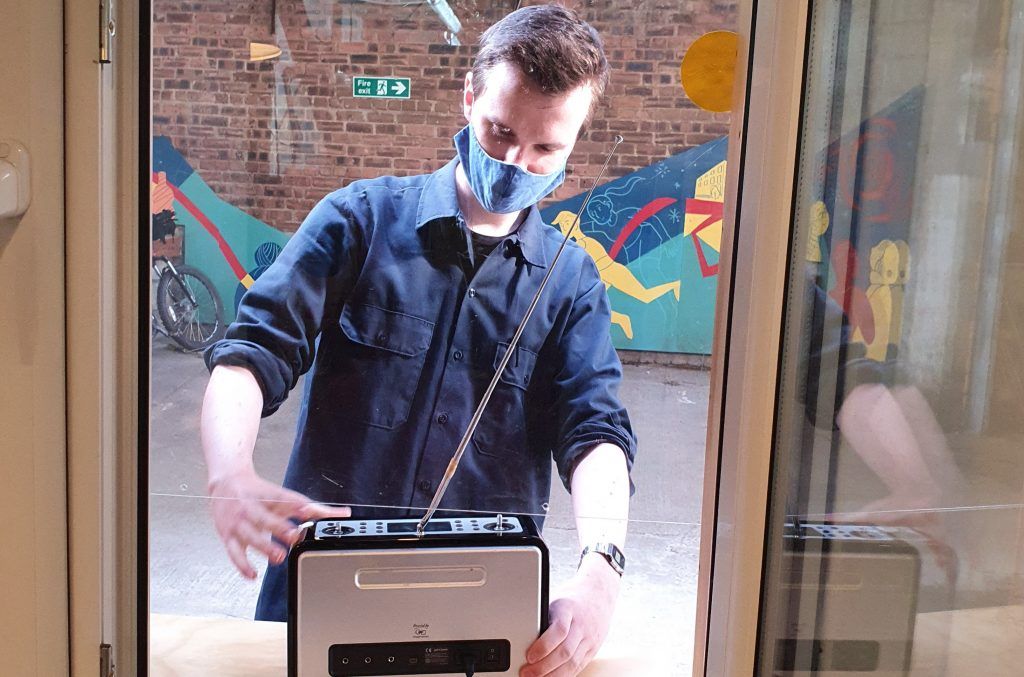 Many people have carried out clear outs during the pandemic and are keen to donate unwanted household items and ensure they go to a good home or to fix the items they have. As one customer said to us, “This project helps us look after our household goods, as they in turn look after us.”

Of course, repair is not a new idea. Look to other cultures and go back in time and an ethic of ‘make do and mend’ was much more commonplace. When there are fewer resources, people need to make them go further. And repair and mending has often been unpaid women’s work, done at home.

The ethos of Remade Network was born 20 years ago, after I spent a year living in rural Eastern Nepal. With new goods hard to find, we reused, repaired and repurposed everything we owned and found. Milk came straight from the cow, vegetables unpackaged from the market, and sacks of rice were refilled at the local shop. In a year our household of six created just one dustbin of rubbish.

This experience led me to set up Remade in Brixton, which became the Remakery in Brixton, and then the Edinburgh Remakery. In a ‘developed’ economy it’s not always possible to make a business case for repair, as buying new is cheaper – but I wanted to show that it would be viable to have a business model centred around repair education – to help people learn the skills that I knew I lacked, practical skills that are really essential for living more lightly on the planet. 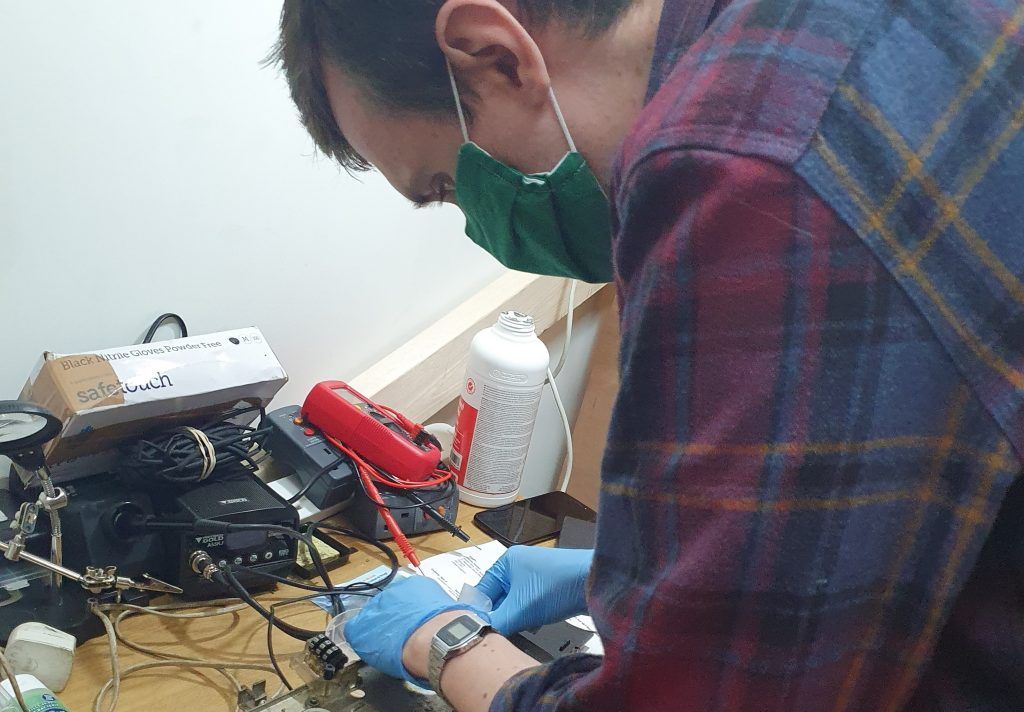 At that point, other communities had started asking about how to collaborate to set up their own repair social enterprises. This seemed an ideal way to share the learning of the previous 12 years. Repair Café Glasgow was one of the first projects to get in touch, which is what led to the Govanhill project.

Lauren Crilley, who works at Repair Café Glasgow one day a week alongside her role at Remade Network explains: “Repair Café Glasgow is built on the idea that our possessions have lots of life left in them when we maintain and repair them. We have been running repair events in community spaces across Glasgow and beyond since 2017. Over the last two years we have built a wonderful community of volunteer fixers and have saved 12 tonnes of CO2e [carbon dioxide equivalent] emissions through repairing electronics, electrical goods, clothes and more. The project has also spawned a new social enterprise – the Pram Project –  devoted to repairing prams and redistributing them to refugee families and other families in need.”

Repair cafés are run by volunteers and are an excellent way to bring people together and build community – as well as save goods from landfill. What makes Remade Network’s approach different is that its focus is on creating jobs. We’ve grown from 1 member of staff to 7 over the past year, and continue to recruit new technicians as the volume of repairs grows. Repair creates 10 times as many jobs as recycling, and it seems the ideal model for building quality green new jobs as we navigate our way to a future beyond COVID-19. 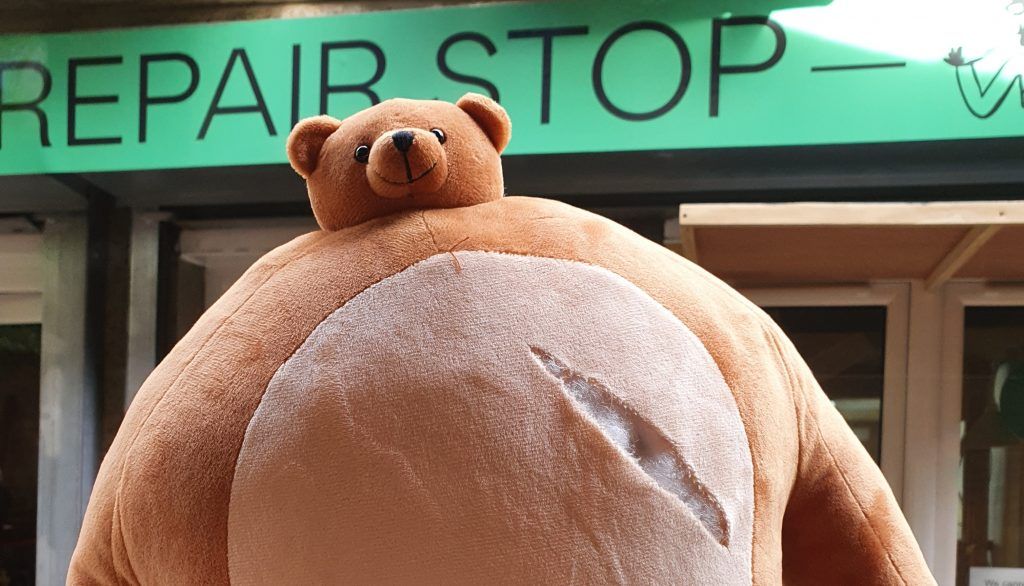 In April our future seemed precarious for a moment, but we have been relieved and delighted that we can keep going and growing by responding to the need across the city – both for repair and also for distributing refurbished donated computers to vulnerable families across the city, diverting an additional 117 tonnes of CO2e in the process.

Responding to the pandemic has also drawn parallels with the Remakery in Brixton, a project born from Transition Town Brixton’s work in 2008 at the time of the financial crash. The motivation for this project, too, was to create jobs for the people who had the kind of useful skills we all rely on – but who weren’t earning a livelihood from them. My elderly neighbour was an AfroCaribbean immigrant who used to fix bikes in his front garden, but barely make any income. The Brixton project was gifted a set of unused garages by Lambeth Council, which my co-founder Hannah Lewis converted to the Remakery thanks to a grant from the Lottery. Each garage then became a different social enterprise for repairing and reusing a different material stream – from bikes, to chairs to musical instruments.

Our Remade projects create jobs, build skills, and help build a sense of community as we work at the heart of different neighbourhoods – rather than blaming people for not doing enough, shifting wealth and decision-making to local communities. We are both making it easier for people to behave differently and recognising that those who consume the least are often the people who are disproportionately affected by the impacts of climate change and pollution.

At their heart, we believe that repair is not just about saving waste, it can be a way to tackle inequality too. Is there a tension in mainstreaming something into business practices? Perhaps only if it’s seen that repair is a means to an end of growing business, rather than looking at how business can serve communities. Repair can be not just part of a circular economy; it can be part of a circular economy towards a fairer footprint – one of Scottish Environment LINK’s core aims.