Guest blogger Sarah Dolman, Policy Manager at Whale and Dolphin Conservation, and Save Scottish Seas campaign member takes a look at Scotland’s nature conservation MPAs three years since their designation, and looks ahead to the next steps required. 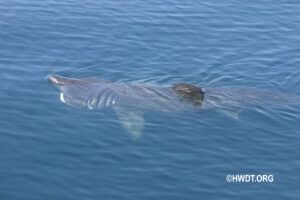 Today is the third anniversary of the designation of Scotland’s nature conservation Marine Protected Areas (MPAs) (17 inshore and 13 offshore). It also marks three years since the Scottish Government announced their intention to progress a further four MPAs for iconic mobile species such as the minke whale and basking shark, as well as northern sea fan and sponge communities, shelf banks and mounds and shelf deeps. So it seems like a good time to reflect on where we are in the development of Scotland’s nature conservation MPAs that form part of the wider MPA network.

Designations and management measures of the first tranche of inshore MPAs and Special Areas of Conservation (SACs) are in place, with the exception of the Small Isles MPA. Proposed management measures for Offshore MPA sites, along with Special Areas of Conservation (SACs) were published last year, and are currently being reviewed.

Scotland has led the way with the designation of, what was at the time, Europe’s largest harbour porpoise SAC in the Hebrides and the Minches. The Scottish Government has also made progress on designating 15 proposed marine Special Protected Areas (SPA), having recently held public consultations to consider 10 inshore and 5 offshore SPAs for marine birds around Scotland’s coastline. 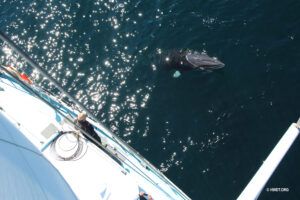 Consultation of management for sites of tranche two for inshore MPA sites are anticipated later in 2017. Effective management measures are urgently required to ensure to support the maintenance and recovery of black Guillemot, seals, bottlenose dolphins, seagrass beds, rocky reefs, maerl beds and more. Some existing sites will still require management consideration, so we anticipate that a tranche 3 will follow and that this should include mobile species, such as harbour porpoises and hopefully minke whales, basking sharks and Risso’s dolphins, where they have not already been considered.

Cabinet Secretary for the Environment, Roseanna Cunningham MSP, committed to making a decision about whether to proceed with a further 4 MPAs, that were proposed by Scottish Natural Heritage (SNH) in Formal Advice back in 2014, including the Southern Trench, North East Lewis, Sea of Hebrides and the Shiant East Bank. In 2014, WDC handed over more than 36,000 signatures to the then Environment Cabinet Secretary, Richard Lochhead – now a minke whale Species Champion – calling for sites to be designated for whales and dolphins. With robust management measures in place, these proposed MPAs would provide spatial protection to areas important for key life stages of mobile species, such as breeding and feeding grounds, enabling these species to thrive and, where required, recover. 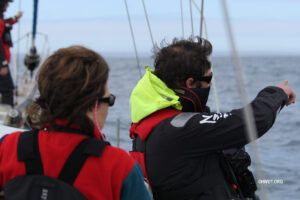 Monitoring activities carried out by campaign members the Hebridean Whale and Dolphin Trust (HWDT), taking place over a decade, have highlighted the importance of the Sea of Hebrides as an important feeding grounds for migratory minke whales. More recently, scientific research has highlighted the global significance of the Sea of Hebrides proposed MPA site for basking sharks at a global level, adding to information gathered by HWDT and the Marine Conservation Society, as well as public reports, over many years. However, this site, along with the remaining three proposed MPAs must first be designated. 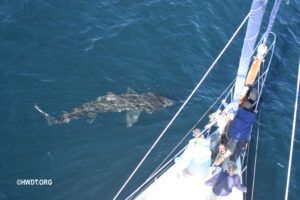 Crucially, Scotland now has an MPA monitoring strategy in place to ensure the species and habitats that the network is designed to protect, are protected and understood to support recovery in Scotland’s seas. We look forward to continuing to work with and to encourage Marine Scotland and SNH to keep Scotland at the forefront of marine conservation by putting in place the remaining designations, robust and fit for purpose management and monitoring measures within MPA sites and the wider seas.

We remain optimistic that Roseanna Cunningham will take the decision to truly put Scotland on the world-conservation stage by designating the outstanding 4 nature conservation MPAs still waiting in the wings, including the world’s first MPA for minke whales and basking sharks!