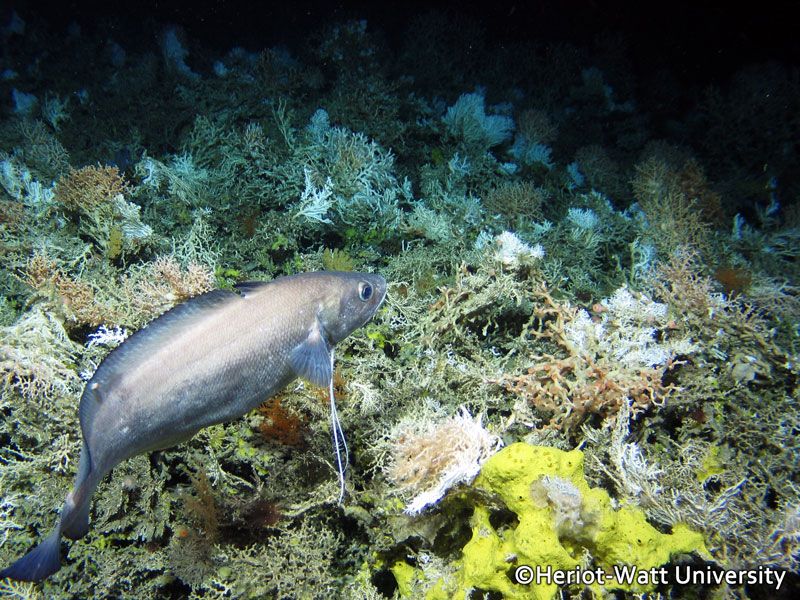 Could robots help to save the world’s fragile and increasingly damaged coral reefs? It’s an astonishing idea conceived and developed by researchers at Scotland’s Heriot-Watt University.

By developing complex, swarm-based algorithms, the researchers hope to build intelligent submersible robots that could recognise underwater coral species and help to rebuild sections of reef. The brainchild of some healthy cross-departmental pollination at the annual “Heriot-Watt Crucible,” the idea is ambitious and potentially transformative.

As the project team points out, most existing robotics applications are used to survey the marine environment and report back the information to scientists and policy-makers on dry land.  The idea that robots could in the future make a positive change to our degraded seas has been largely overlooked…until now.

The robots would be able to clamber over reefs, pick up fragments of damaged coral, identify them and place them back in the reef to give the corals the best chance of regeneration. These living habitats can take decades to grow so this kickstart could be a crucial way to reverse the degradation of coral reefs around the world.

And this global issue is extremely relevant in Scotland. Our offshore waters have many deep, cold-water coral reefs. Researchers on the Coralbots team have seen the evidence of trawl damage to every reef they have have been to (from the Darwin Mounds to the Hebrides Terrace Seamount). Scientists are now beginning to learn just how important these reefs are to the wider marine ecosystem.

Dr Lea-Anne Henry explains: “I’ve worked on these ecosystems for over a decade, and we now have conclusive evidence that many of the reefs on Scottish banks, seamounts and in the Sea of the Hebrides are being used by elasmobranchs – sharks, skates and rays – for spawning grounds and nurseries.”

Dr Henry’s goal? To get coralbots operating at the depths of Scottish reefs in time before viable populations become unviable. “The sooner we can restore the reefs, the sooner we restore their ecosystem functions such as shark habitats.” “It’s a long term goal,” explains Dr Henry. The technology, if successfully developed, could theoretically also be deployed for other purposes such as tackling the looming and global issue of marine litter.

What happens next will depend on how much they manage to raise via their Indiegogo crowdfunding campaign. The Coralbots team will either be able to showcase a demonstration swarm of ‘Coralbots’in the Fort William Underwater Centre but if they managed to attract more significant funding, they would be able to deploy a swarm of coralbot AUVs and achieve the first coralbot restoration mission on a damaged reef, perhaps in Scotland or Sweden. It could demonstrate Scotland’s world-leading approach to marine conservation.

Let’s hope the Coralbots team gets the support it needs…..!