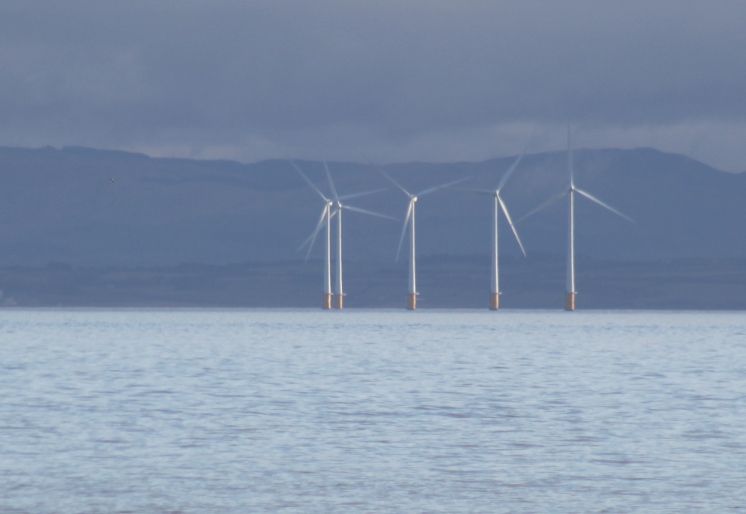 The Scottish Government has recently consulted on the first ever National Marine Plan for Scotland, and the detail of this plan is currently being drafted. We are writing a series of articles to highlight why ecosystem-led planning is essential for the success of our marine environment and economy. In this article, we look at the spectrum of environmental considerations for developing marine renewable energy, and how Scotland would benefit from more coordinated environmental data-gathering.

It’s a staggering fact, but Scotland’s sea area is six times the size of its terrestrial land mass. Its territorial waters bulge westwards beyond Rockall to a distance of 550 miles from the mainland and our 11,800km coastline stretches longer than those of France and Germany combined. Exploited for its fish and more recently its North Sea oil, renewable energy is very much the new game in our waves. With just 0.7% of the European population, Scotland has an impressive 25% share of Europe’s wind and tidal resource and as much as 10% of its wave energy potential. In short, Scotland has major potential for green sea power – lots of it.

Like most creative engineering, necessity has been the mother of renewables invention. There is now an overwhelming incentive for renewable energy at sea: climate change is one of, if not the most, pressing global challenge we face. The scientific consensus is that our seas are already soaking up the heat and the effects of climate change are now being detected in Scottish waters.

To mitigate climate change we need to decarbonise our economy and that is where marine renewables come in: offshore wind alone has the potential to generate 5% of global electricity demand by 2050. Scotland is gearing up to produce a share of that, aiming to generate 5 Giga Watts (GW) by 2020, thereby helping to meet its target to produce energy equivalent to 100% of its domestic electricity consumption (approx 14 GW – the rest delivered mostly by hydropower and onshore wind).

This large-scale technological fix is both daunting and exciting in equal measure. The promise of marine renewable energy will necessitate the deployment of industrial infrastructure at a scale never seen before in Scotland’s offshore environment. Large arrays of wind turbines could cover a sea area of over 1,000 km2 and areas of our shoreline necklaced by wave devices. These changes strike at the heart of a complex sustainability debate: the extent to which we can apply the precautionary principle in the face of catastrophic climate change.

On the one hand, the development of offshore renewable energy technologies presents new and uncertain environmental risks in our extremely complex marine ecosystems. Sealife, such as our already-struggling populations of whales and dolphins, will be highly sensitive to the noise pollution during construction caused by pile-driving turbine foundations into the seabed in addition to pressures from seismic testing, shipping and other activities. Once operational, the collision risk for internationally important seabird and migratory species (such as geese) also poses a major issue. Wave arrays could have localised impacts on the seabed and potentially impact coastal ecology due to their ‘wave shadow.’ Tidal devices could present barrier effects to species such as salmon and seals. And all these developments need a major upgrade of transmission infrastructure to deliver the energy from sea to plug. Some research has shown that the electromagnetic fields from subsea cables can impact on the migration on European eel and our embattled sea trout. And these are just a few of the environmental considerations which developers are tackling in their impact assessment work and mitigation strategies.

And yet despite all these potential impacts, the imperative to tackle the sources of human-driven climate change has never been more stark. Marine species are shifting northwards as seas warm from the south (Scotland is the stronghold in the UK – and indeed Europe –  for many ‘northern’ species) and some projections suggest North Sea productivity could decline by as much as 20%. Climate change is also driving ocean acidification which means that basic biochemical processes for shell-forming organisms are starting to fail: corals and molluscs which play crucial roles in the function of our ecosystems are under threat.

So this poses some tough choices. To what extent do we try to understand and mitigate the impacts of offshore development before we urgently deploy a climate-change-tackling technology?

The Scottish Government’s Survey, Deploy, Monitor approach has been sensibly pragmatic in this regard. Put simply: find out as much as you can about the site (species distribution, habitat etc), install the technology (preferably at a smaller, ‘trial’ scale), and then monitor the project for any impacts (positive or negative). Once the technology has been fully deployed, adaptive management is then essential; in other words the energy companies need to be alive to the possibility to introduce mitigating measures should any unforeseen impacts of the site arise.

But that is all very well on paper. In practice, the size of wind arrays currently in the project pipeline (and the way they are structured and financed) makes it difficult for the industry to operationalise small deployments and then scale up. We also still know comparatively little about our marine environment, so making confident predictions about the consequences of one technology is difficult – let alone the cumulative impacts of one technology with another and other marine sectors such as a shipping and fishing. One thing is clear: we need more high quality data urgently and we need it to be accessible.

Unfortunately, not all of our data is currently up to scratch. The design of monitoring surveys at Scotland’s only operational marine wind farm (Robin Rigg in the Solway Firth) has resulted in data which has little – if any – transferability to other prospective sites. This has been a major missed trick. And we are still playing catch up to understand the baseline habitat and marine species distribution in the locations of other marine renewables scoping areas. Marine Scotland is leading an admirable programme of research, but there are still yawning data gaps, which make strategic planning difficult. We don’t yet know how mobile marine species interact with marine renewable devices and arrays and if these technologies negatively impact on key stages of their life cycles, such as breeding and feeding patterns.

There have been some good examples of collaboration, notably COWRIE, but we are still lacking a strategic solution to addressing this data need. And it is this data gap which currently makes the precautionary principle so difficult to apply: do we progress technologies to combat climate change or wait until we better understand the likely impacts of these technologies. Without better data, we cannot make these judgements effectively.

Time to deal with data

Four years ago, Scottish Environment LINK members published Avoiding Conflicts in the Marine Environment, a report which made a series of recommendations for the sector to help guide a sustainable trajectory for marine renewables. The report was clear that we need to secure processes for delivering better, independent science to inform the marine renewables planning process. LINK members have since re-iterated this urgent call for action in their shared response to the Draft Sectoral Marine Plans for Offshore Wind, Wave and Tidal in Scottish Water. It is time we now seriously considered a different way of collecting data and lay better foundations for such a potentially long-term industry in Scotland’s seas. Rather than developers commissioning their own commercially-sensitive surveys in pre-consented areas, an independent body – funded by a consortium of government and industry – could coordinate the gathering of data for the collective benefit of developers. This would bring the much-needed certainty called for by the industry. A good example of this model – albeit on a smaller scale – is a department of the Royal Belgian Institute of Natural Sciences (RBINS), MUMM.

The large scale deployment of offshore renewables needs careful strategic planning. It may be that there will be some environmental costs to development, but we need to understand what they are and be up front about them. And in order to achieve greatest electrical output for least environmental impact, we must avoid deployment that poses unacceptable impacts to the natural environment or that limits the long-term ecological recovery of Scotland’s seas. With the right data, the Scotland’s marine renewables industry can navigate these uncharted waters. This is the soul of sustainable development.

The realisation of human-induced climate change is an unnerving triumph of the scientific method; our ability to understand complex systems has revealed our species’ own contribution to a global problem. And yet many of the solutions themselves present unknown challenges. 350 years after John Locke was championing rational enquiry, Scotland is still surfing the world-changing wave of 18th century Enlightenment.