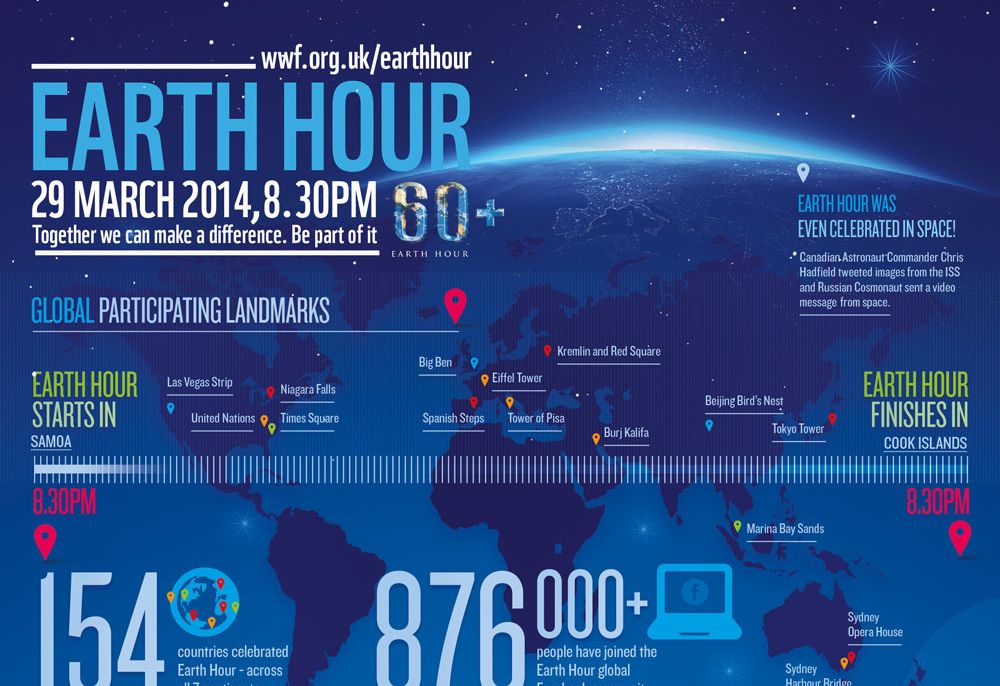 For the past seven years, WWF has spread the worrying word about climate change by encouraging people around the world to reduce the energy consumption and take practical action for one hour by turning off their lights. Hopefully one day, all diaries, calendars and year-planners on the planet will have Earth Hour inked into the slot on the last Saturday in March, alongside St Patrick’s Day and other worldwide festivals. But as a new, present-day tradition is created, there are probably still a few organisations which are unlikely ever to be able to take part in Earth Hour. One that springs to mind is the Northern Lighthouse Board (NLB). I don’t think it would matter how motivated the NLB was to raise awareness of climate change, the possibility of turning off the lighthouses which aid the navigation of mariners, guiding boats away from rocky shores, simply isn’t tenable – even for just 60 minutes. So in support of Earth Hour, this article hopes to shine its own spotlight on the sea and why our marine policy is a crucial part of tackling climate change.

Climate change is still a difficult concept to get the head around. The impacts of global warming are now happening disconcertingly fast, but it’s still difficult to sense and perceive on a minute-to-minute basis. Our marine environment, however, perhaps provides some of the most graphic, tangible evidence of change. Rising sea levels, retreating polar ice caps, eroding cliff-faces, seabird colony extinctions, shifts in species distributions, ocean acidification and coral bleaching. These are the hard and fast examples of our life on an undeniably warming planet. And it shows how climate change is adding ‘an extra layer of threat’ to the major pressures already exterted on our seas, such as overfishing, pollution and benthic habitat loss.

As many of the political supporters of Scotland’s Earth Hour know, Scotland has some of the most ambitious climate change targets in the world. Unfortunately we are now in danger of breaking them. Scotland’s energy and marine policy is one of the biggest areas where we can both tackle – and take strategic action to cope with – climate change. Our seas are the site for much of Scotland’s existing and potential energy output; the North Sea oil fields have been in operation since the 1970s and are now touted as a new frontier for renewable energy technologies such as offshore wind, wave and tidal devices. The development of marine renewables will be a litmus test for how we manage the transition from fossil fuels to a low carbon economy.

One of the key documents which guides Scotland’s strategy for managing our marine resource is the draft National Marine Plan (published last year). Unfortunately, it exemplifies the current disconnect between political rhetoric and reality. On the one hand, our representatives are proclaiming the need to meet carbon reduction targets. On the other hand the same representatives are driving a strategy articulated in the National Marine Plan “to maximise the recovery of our oil and gas reserves in the North Sea basin and West of Scotland.” These two policies do not add up.

Perhaps the single-most staggering detail is contained in the Oil and Gas chapter. Incredibly, the National Marine Plan is based on a Sustainability Appraisal which notes no climatic impacts of the oil & gas sector, stating that it does “not anticipate a change in GHG emissions from that which already occurs (i.e. no change from the baseline)”. See our previous article Scotland’s Environment is a Top Ten Issue.

Earth Hour is an opportunity to remind our political representatives that we need to join up government policies if we want to play our part in tackling the global threat of climate change and meet our duties under the Climate Change (Scotland) Act. It’s not too late to get involved….