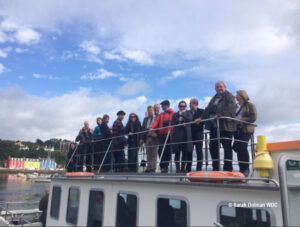 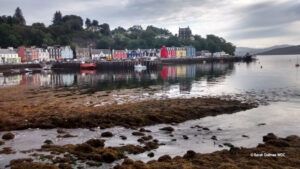 Setting sail from Tobermory, and joined by representatives from the Community Association of Lochs and Sounds (COALAS), the group visited part of the area covered by the Loch Sunart to Sound of Jura nature conservation MPA on the West Coast of Scotland. The sun was out, and the group were lucky enough to see two minke whales feeding near the boundary line of the proposed Sea of the Hebrides nature conservation MPA, manx shearwater’s and several harbour porpoises in the Sound of Mull aboard the Staffa Tours boat. 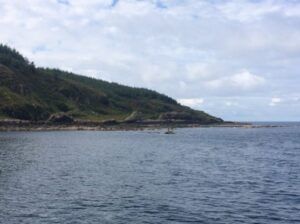 The trip was organised by members of Scottish Environment LINK’s Marine Group and hosted by Save Scottish Seas campaign member the Hebridean Whale and Dolphin Trust (HWDT). The excursion recognised the progress that has been made in developing Scotland’s MPA network, but underlined the work still to be done. 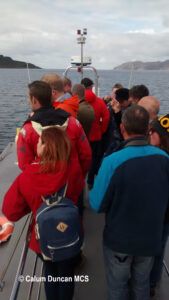 Plans to develop a network of MPAs in Scotland are well under way. The Sound of Jura to Loch Sunart MPA is just one of 30 MPAs designated in 2014, as part of a strategic jigsaw of protected areas in both inshore and offshore waters designed to boost the health of sealife such as corals, seabirds and fish. 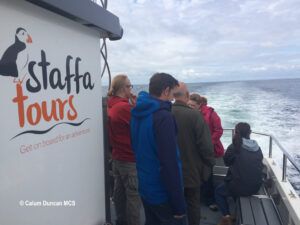 Recent additions to the MPA network include a Special Area of Conservation (SAC) in the Inner Hebrides and Minches for Harbour Porpoise announced last September, and the Loch Carron emergency MPA for the recovery of flame shell beds designated earlier this year.

Yet, there is still more to be done, so it is vital that sufficient resources are in place to get the job done. Among the measures outstanding are fisheries orders for the remaining inshore sites including seven nature conservation MPAs and 14 Special Areas of Conservation (SACs). We are also waiting for the designation of 15 Special Protection Areas for marine birds, and a further four nature conservation MPAs first proposed in 2014, to provide much needed protection for mobile species including minke whale and basking shark.

Environment, Climate Change and Land Reform Committee Convener, Graeme Dey MSP, said: “The conservation of Scotland’s seas is hugely important for the protection of marine life as well as our coastal communities and marine industries.

“Our Committee will examine Marine Protected Areas (MPAs) across Scotland in the future, and that’s why our visit to Scottish Environment LINK to find out more about the operation of Loch Sunart and Loch Sunart to the Sound of Jura MPAs was incredibly valuable.”

Alison Lomax, Director at Hebridean Whale and Dolphin Trust added: “The waters of west Scotland are an important feeding hotspot for minke whales in the summer months. Thousands of visitors come to see these animals each year in our waters. It was fantastic that members of the ECCLR Committee got to experience some of Mull’s amazing marine wildlife during the visit.” 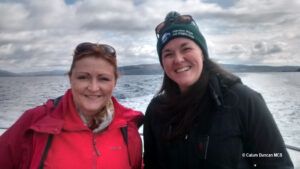 Calum Duncan, Convenor of Scottish Environment LINK’s marine group and Marine Conservation Society, Head of Conservation Scotland said: “We are delighted that members of the ECCLR Committee and local groups were able to join us to celebrate Scotland’s marine life and recognise progress towards developing Scotland’s MPA network. We are at a critical point on this journey and more still needs to be done. If the MPA network sufficiently represents all of Scotland’s marine life, is reliably resourced and well-managed, alongside effective marine planning and modernised fisheries management, it will help reverse decades of environmental decline and boost the many benefits our seas provide for current and future generations”.