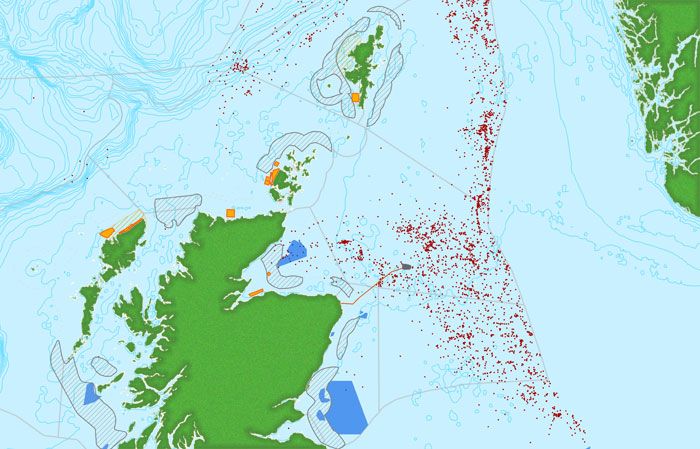 The future of Scotland’s sealife depends on a planning system for the sea, according to a committee of MSPs. In a letter sent to Paul Wheelhouse, Minister for Environment and Climate Change on Monday, MSPs on the Rural Affairs, Climate Change and Environment Committee stressed the importance of a coordinated National Marine Plan to ensure the sustainability of offshore development.

The comments on the Scottish Government’s biodiversity strategy, have been welcomed by the members of Scottish Environment LINK, who warn that Scotland’s marine life is under increasing pressure from a range of threats, such as climate change and industrial activities at sea. Scotland’s Marine Atlas, a compendium of scientific knowledge about Scottish seas, documents the worrying declines of many marine species and habitats.

The Parliamentary Committee asserts that effective marine spatial planning and a network of Marine Protected Areas are needed to tackle the problem and has committed to monitoring their progress.

Scotland’s seas are quite simply getting busier and the complex interactions between different industrial activities needs close attention. It is essential that we put in place a planning system that can safeguard  our marine environment. We are on the cusp of an unprecedented surge in offshore activity and without planning in place, we are in danger of jeopardising sustainable development and the health of our seas. Recent history has shown us that unco-ordinated development now can leave an environmental legacy that society pays for later.”