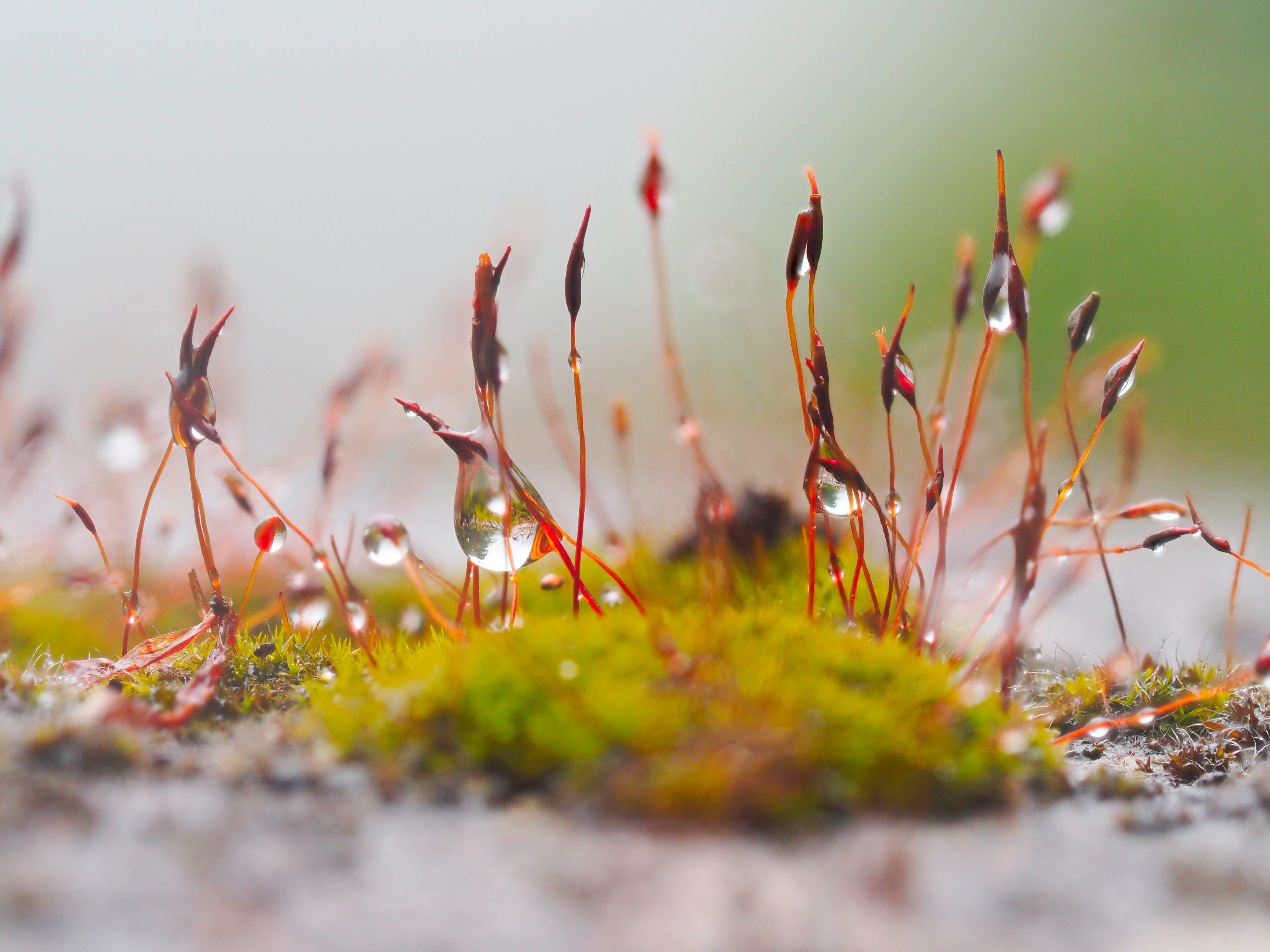 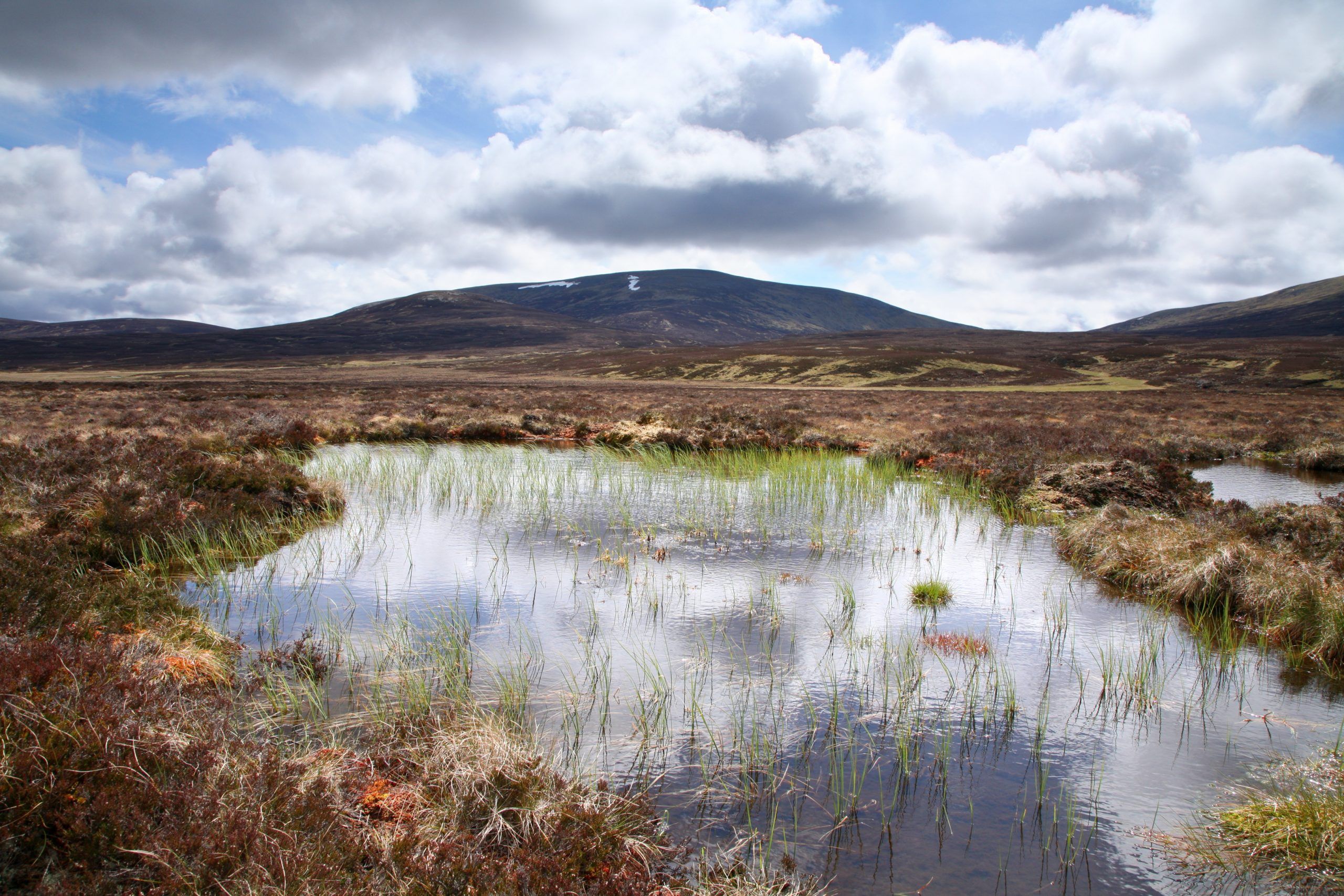 Blanket bogs are very rare habitats globally, with the UK and Ireland holding over 20%, most of which is in the north and west of mainland Scotland and the Western and Northern Isles, as it is a type of peatland found in places with cool, wet and, usually, oceanic climates.

Blanket bogs consist predominantly of water, with a myriad of Sphagnum moss hummocks and hollows interspersed throughout. The surface gives the appearance of ‘patterned ground’ when viewed from the air from the intermingling of vegetation and pool systems. Due to the wet and cool conditions, bog plants break down incredibly slowly to form a layer of peat which is typically 50 cm to 3 m deep in the UK, but can be more than 8 m deep. Due to the poor drainage, the peat develops a ‘blanket’ over large expanses of gently undulating ground. This distinguishes it from other types of bog.

As blanket bogs are so important for biodiversity, they are listed on Annex 1 of Scotland’s Biodiversity List, and as a Priority Habitat under the UK Biodiversity Action Plan. Species supported include:

Blanket bogs cover around 1.8 million hectares, equating to 23% of Scotland’s land area. Over 1.6 billion tonnes of carbon are stored in Scottish peatlands – that is a third of the carbon held in the Amazon rainforest which is 250 times larger in area! However, many are in a poor condition due to human interventions and so are less effective in storing carbon.

When they are degraded, peatlands act as a source of greenhouse gases, and have reduced biodiversity and capacity to improve water quality. Converting one hectare of drained blanket bog back to intact blanket bog can result in absorption of around five tonnes of carbon dioxide equivalents per year, so restoring peatlands is a priority for climate change.

Highlighting and raising the profile of blanket bogs and their importance for carbon sequestration, biodiversity conservation and traditional grazing and domestic peat cutting. Also showcasing the restoration projects in progress and supporting co-ordinated action at a regional and national scale.

Continuing and expanding the Peatland Action programme and other funding initiatives for large-scale restoration works, such as, prioritising investment in Scotland’s natural capital, as recommended in the Advisory Group on Economic Recovery Report, and supporting private investments for example through the Peatland Code.

Halting peatland degradation, firstly by banning peat-based compost sales in Scotland, while promoting the use of alternative composts.

Ensuring that the ecosystem function, particularly the delicate natural water based system, is not compromised by inappropriately planned activities such as tree planting, wind farms and other developments.

Only around 20% of UK peatlands are in a natural, or semi-natural, state meaning 80% have been altered by damage or drainage. Some of the leading causes are:

Extraction of peat for composts.

Tree planting on blanket bogs and other peatlands, particularly on shallow peat soils.

Impacts of wind farms and other developments on blanket bog.

Inappropriate burning that does not follow the Muirburn Code leading to loss of Sphagnum and subsequent peat desiccation, shrinkage and erosion.

Drainage for agriculture leading to desiccation and adverse changes in peat-forming vegetation.

Climate change – impacts of changes in rainfall and temperature as a consequence of climate change are complex, and it is recognised that increasing resilience through the restoration of degraded bog is a priority. 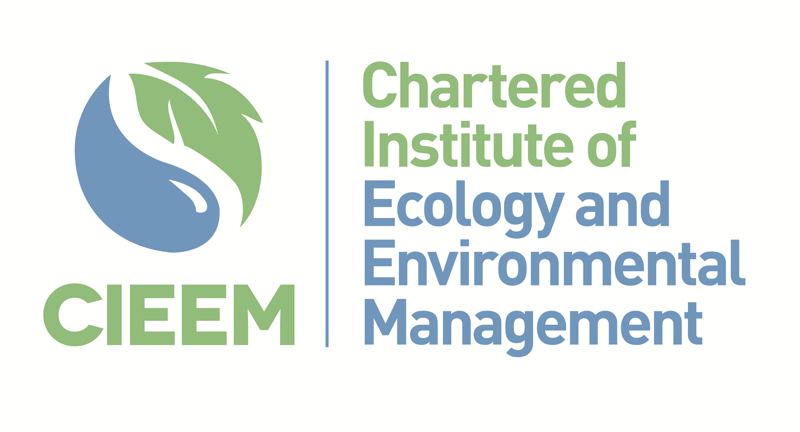