The momentum of seabed reform 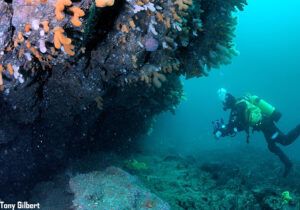 Tomorrow the Rural Affairs Climate Change and Environment Committee will consider two motions (SM-15336 and SM-15335) recommending that the Scottish Parliament annuls crucial fishing laws that are designed to recover the health of Scotland’s inshore waters. This is a very significant moment in the long cause for reform in the management of our seas and marine conservation. For decades the environmental health of our seas has been in decline, ecosystems have been modified and in some cases simplified. MPAs are an opportunity to remedy this. (Read our briefing).

The measures under consideration will affect fishermen – many will benefit (by actually gaining access to areas previously fished predominantly by trawlers), others will take a short-term hit (operators of bottom-towed fishing vessels will need to transfer their effort to other fishing grounds) – but in the long-term everyone will prosper. These MPAs are an incredible step forward – putting in place the conditions for the ‘spill-over effect’ and protecting habitats that are also nursery grounds for commercially harvestable populations of fish and shellfish. The long-term fisheries benefits of MPAs are becoming clearer by the day.

On Wednesday morning (27th January), supporters of MPAs will be demonstrating their support outside the Scottish Parliament; members of the Clyde Fishermens’ Association plan to raise their concerns. We hope that there is not a polarisation of the debate – between the supposed ‘green lobby’ and the commercial interests of mobile fishermen. These groups are not so different and they often overlap behind apparent fault lines: many supporters of MPAs are normal, working folk,  shrewdly aware of the long-term case for change and how that will benefit their communities. Twitter storms and demonstrations aside, we know that we all share the same patch of the planet and want what is best for future generations. Currently there is disagreement from about what is the best course of action. Some fishermen are worried of the knock-on economic impacts. Other fishermen – quietly supportive of the fishing management – are understandably unwilling to be at the vanguard when others within the broader industry are wary of the change.

We are confident these measures are proportionate. They already contain considerable compromise, a point we have patiently made throughout this process. The feature-based approach has arguably limited the straightforward possibility of managing a ‘full site’ for ecosystem recovery. We also strongly contend that the long-term benefits of MPAs have not been fully accounted for in the process – and this is crucial to having a more positive view about the MPAs. Although we have some ongoing concerns around Luce Bay and Upper Loch Fyne, we recognise that there are compromises contained in the proposed legislation and now urge fishermen and others to look ahead to the opportunity and need for monitoring and compliance.

We truly hope that another moment of democratic scrutiny runs its course and that the Rural Affairs Climate Change and Environment Committee passes the Fishing Orders and secures valuable protection for our seas. We also hope that fishermen may one day proudly proclaim their role in the development of MPAs in Scotland. This is a seriously great opportunity for Scotland to take a step forward as one to gradually changing the way we look after our inshore waters, towards seabed reform.