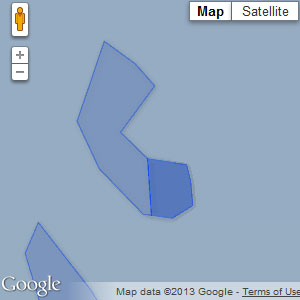 The Central Fladen MPA lies within the Fladen Grounds, a large area of mud in the northern North Sea named after the German word “fladen” meaning “flat cake.” This MPA includes a particular type of mud habitat that is characterised by feather-like soft corals called sea pens, and the burrows made by crustaceans such as mud shrimp and the Norway lobster (also known as the Dublin Bay prawn or langoustine). This site is one of 13 Offshore MPAs around Scotland. [1]

We support the management advice for the site to remove/avoid pressure from demersal mobile fishing gear on confirmed tall sea pen habitat and a portion of general burrowed mud habitat within the site, but remain concerned at the proportion of the site and burrowed mud that remains open to demersal mobile gear. The tall sea pen population is likely a remnant population, as it is rarely found in the northern North Sea and protected by oil and gas infrastructure where there is limited operation of towed/active gear. Sea pen and burrowing megafauna communities are also included on the OSPAR threatened and/or declining list. Therefore, we would suggest that a greater proportion of burrowed mud be protected from demersal mobile gear.

The proportion of the site covered by fishing restrictions is low when considered in comparison to the extent of the wider fishing grounds. ICES advice for the Dogger Bank SAC16, a far larger site which could be said to encompass an ecosystem-scale Functional Unit, states that approximately 33%protection has been cited for these management proposals. The Central Fladen NCMPA represents only 5% of the wider Fladen grounds, which is the wider Functional Unit for the Nephrops fishery, and measures within the site only affect approximately 1% of the Fladen ground.

For clarity, we are not advocating for 33% of the entire Fladen Grounds to be protected but using the comparison to illustrate our concern about the proportion of the Central Fladen MPA that would be left unprotected in the wider ecosystem context. Whilst ICES does not support assigning protection percentages for broadscale habitats, ICES is seeking to understand the functional relationship between area size and interaction in relation to requirements for maintaining/improving seafloor integrity (in line with MSFD) and the level of impact benthic communities can withstand. We therefore urge a greater proportion of the site be closed to demersal mobile gear to aid understanding of area/impact functional relationship, particularly whilst recognising that extensive valuable fishing grounds are still available in this area. We also recommend that this site is a priority for monitoring effort.

Additionally, JNCC advice recommends reducing/limiting pressure on burrowed mud and therefore in line with this advice we suggest effort limitation/capacity restriction is required across the site.

Save Scottish Seas campaign members have assessed the Scottish Government’s MPA proposal for this site as part of its consultation response.
LINK supports the designation of the Firth of Forth Banks Complex possible Nature
Conservation MPA.
Firth of Forth Banks Complex must be designated. Its alternatives are of a lesser
ecological value and it is one of the most important areas on the Scottish east
coast, supporting the marine ecosystem function through its importance for and
provision of sandeels.
We draw attention to the JNCC advice, repeated in the management options
paper, that the two ‘science-based’ alternatives “do not make equivalent
contributions to the network to that made by the Firth of Forth Banks Complex
possible MPA” and that “the Firth of Forth Banks Complex is JNCC’s preferred
possible MPA to go forward for designation”. We strongly support this position.
LINK would therefore consider designation of any alternative as a failure to follow
the scientific advice provided by JNCC and a contradiction with the ministerial
decision to do exactly that.
LINK supports this designation on the basis of the advice provided showing that
this possible MPA represents a more diverse habitat mosaic and wider range of
constituent marine species compared to the alternative possible MPA options
presented. Also that the geographic location, and local physico-chemical drivers of
the Firth of Forth Banks Complex have also led to the evolution of an ecosystem
that is not replicated by the alternative possible MPA options.
However, LINK also notes that the possible MPA contains a significant population
of the sandeel PMF, and that this feature plays an extremely important role in the North Sea ecosystem, and particularly for pisciverous predators on the east coast
which rely on this species, such as grey seal, harbour seal, harbour
porpoise66, common guillemot, razorbill, black-legged kittiwake, puffin and
northern gannet.For this reason we strongly urge Scottish Government to add
sandeels as a protected feature within this site. It has previously been suggested
that this is not necessary because the pMPA falls within the North-east Sandeel
Closure (CA1). However, this is only protecting sandeels from direct fishing
pressure. Being listed as a protected feature would ensure appropriate
assessment is made for any activity undertaken in the area, and given that
research has already shown sandeels in this area are undersized
,the opportunity provided by this MPA to recover the species and the ecosystem must
not be overlooked and as such sandeels must be added as a protected feature.
Such an amendment to the designation order will allow appropriate and adequate
assessment of the impacts to the local and regional population of this feature as
well as any indirect consequences to ensure they are avoided and minimised.
LINK also fully support the designation of the ocean quahog aggregations and
offshore subtidal sands and gravels search features.

Check out the site summary and other official documents relating to the Central Fladen MPA on the Joint Nature Conservation Committee website. 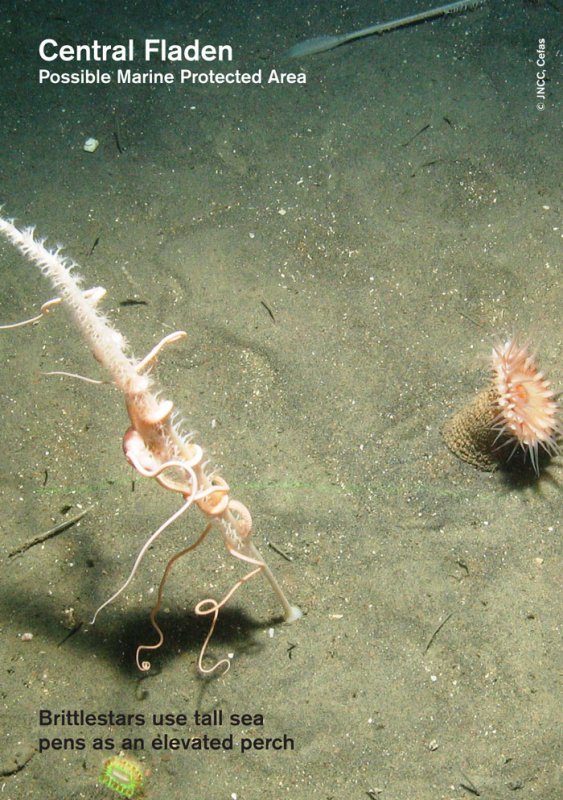