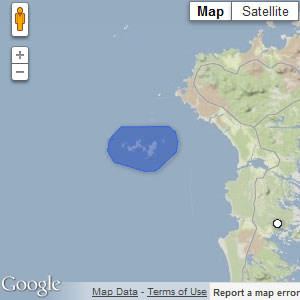 The Monach Isles, also known as Heisker, are an island group west of North Uist in the Outer Hebrides where the signs of glacial erosion and more recent coastal processes are clearly visible in the landscape today. The islands are an important breeding area for black guillemots. They normally nest in crevices on cliffs but on the Monach Isles they use other concealed locations like rabbit burrows in the dunes. They lay two eggs, usually in about mid- to late May. Unlike other auks which feed offshore, the black guillemot is typically found feeding close inshore, and rarely disperses far from its breeding areas, even in winter. [1]

LINK supports the designation of the Monach Isles possible Nature Conservation MPA for the protection of black guillemot and geodiversity features marine geomorphology of the Scottish shelf seabed and quaternary of Scotland. The proposed site boundaries hold a significant proportion of Scotland’s black guillemot population.

We support the conservation objective of ‘conserve’.
Management Options:
LINK supports the management option to remove set nets from, or avoid their introduction to, the site. Should a fishing practice thought to cause seabird bycatch or mortality commence, recommendations from the EU’s Action Plan for reducing incidental catches of seabirds in fishing gears must be adopted (COM(2012) 665).
LINK also supports the management measure to reduce or avoid the spread of mammalian predators and would strongly support the development of biosecurity plans for the terrestrial breeding habitat adjacent to each of the possible MPAs which include black guillemot as a protected feature. RSPB Scotland shall be developing biosecurity best practice guidelines and will welcome discussion regarding the application of these guidelines within colonies adjacent to possible MPAs.LINK suggests that this MPA is considered in the parallel draft seaweed policy statement consultation, particularly with regards to guidance developed for the harvest of wild seaweed.

Socioeconomic Assessment:
Costs have been identified in the BRIA which relate to port and harbour activities. However, management of these activities have not been proposed in the management options paper. The link between must be clarified if these cost estimates are to be used in ministerial decisions about the designation of this site.
RSPB Scotland operates a reserve at Balranald on North Uist.
The potential value of the Monarch Isles possible MPA to divers and sea anglers has been estimated at £5.3 to £11.2 million based on willingness-to-pay measures (Kenter et al., 2013) . Kenter et al. also found important emotional and well-being benefits associated with the Monarch Isles possible MPA, with divers and anglers responding to questionnaire scoring >4 (out of a maximum score of 5) for engagement, identity, therapeutic, spiritual, transformative and social wellbeing indicator values

Strategic Environmental Assessment:
By establishing biosecurity on the islands, this site would also be contributing safe guards to the populations of northern fulmar, European shag, cormorant, common tern and Arctic tern breeding on the islands. However, unlike the black-guillemot, many of these species are in decline and also require protection of at-sea feeding areas if this additional benefit is to be realised.
Where present, kelp habitats ought also to be protected in this pMPA to support wider ecosystem function, including black guillemot feeding.

Check out the official documents relating to the Monach Isles MPA on the Scottish Natural Heritage website. 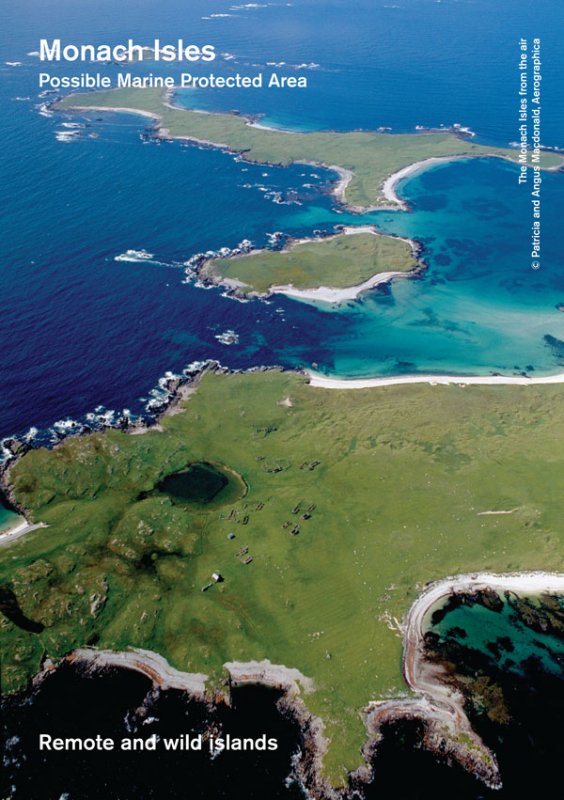