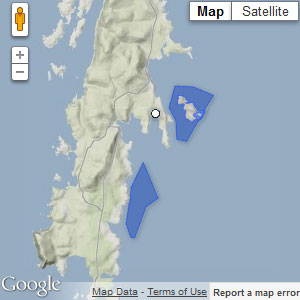 This Marine Protected Area (MPA) encompasses sandeel grounds around the island of Mousa and off the coast at Boddam in south-east Shetland. These are considered the most consistent and reliable sandeel recruitment areas around Shetland. The sandeel populations (and fishery) here are dependent upon an influx of young fish (less than one year old) from a large spawning area situated to the west and north of Orkney. [1]

LINK supports the designation of the Mousa to Boddam possible Nature Conservation MPA for the protection of sandeels and geodiversity features marine geomorphology of the Scottish shelf seabed.

However, LINK does not support the proposed site boundaries. Acoustic data indicate the distribution of suitable sandeel habitat beyond the proposed site boundary, and no known absence data has been used to establish its limits. Most fundamentally, historic data indicate that this area is a component of a larger population. By protecting part of the population, the site may not be able to manage the protected features effectively and could therefore fail to meet MPA selection guideline stage 4. MPA site boundaries must be reconsidered to ensure the site is effective for the population which it seeks to protect.

The conservation objective for the sandeel feature should be set to recover. The status of the species in this site is not known and as a result, the conservation objective has been set as ‘conserve (uncertain)’. LINK suggests that seabird breeding success has been so poor that the sandeels population must be in poor condition – long term and significant declines have been observed for seabird species that feed largely on sandeels. At Sumburgh Head, European shag numbers have fallen, from 508 in 1988 to 79 in 2012; black-legged kittiwake productivity was 0.13 last year; common guillemot numbers have halved between 1993 and 2012; and razorbill numbers have fallen from 150 to 60 in 2012. At Mousa, there has been a significant negative trend in Arctic skua and a steep decline in lesser-black backed gull (0 breeding pairs in 2006 & 2007). There has also been a decrease from 400 harbour (common) seals in 1983 to 77 in 2007. Latest advice from Scottish Natural Heritage indicates that prey availability is the principal cause in the decline of Scotland’s seabirds and LINK believes that this is enough evidence to show that the sandeel population in this possible MPA must be recovered (a phenological mismatch can be discarded given that seabird breeding dates have varied throughout the above time periods).

We suggest this is proxy evidence that sandeels in the site are in poor condition, potentially undersize as has been in other parts of the North Sea (Wanless et al., 2004 ; Frederiksen et al, 2011 ). The conservation objective of this feature should be set to recover to ensure the benefits this site provides to the wider seas are restored.

Management Options:
LINK strongly supports the statement made by Marine Scotland Science and SNH that a targeted sandeel fishery should not be permitted within the possible MPA.
LINK strongly supports the proposal to remove or avoid demersal hydraulic gear from this possible MPA.
Research is required to investigate the impact of demersal dredge on sandeel. The SNH advice states “Whilst the use of other types of dredges do cause sub-surface abrasion, given the high energy environments that sandeels live within, their use is not considered likely to affect the conservation objective for sandeels within the possible MPA”. Given that sandeels require the presence of oxygen to survive in the sediment, and the oxic layer in the seabed sediment is rarely more than 8 cm deep in the North Sea (Lohse et al. 1996 ), we can assume sandeels exist in the sediment within the top 8cm. Currie and Parry (1996) found that dredge penetrated to 6cm in sandy sediment and Hall-Spencer et al (1999) found that a significant change in suspended sediment following similar activity on sandy sediment lasted for 15 hours. Before this pressure can be dismissed in this site, robust evidence must be presented that shows that it is not impacting on the achievement of the conservation objective for sandeels.

Socioeconomic Assessment:
RSPB Scotland operates a reserve on the Island of Mousa and at Sumburgh Head which act as attractions for local, national and international tourists that visit the site, specifically to see breeding seabirds. These seabirds are reliant on the health of the nearby prey stocks and as indicated above. Many are declining at Mousa and Sumburgh, as well as other colonies along the Shetland coastline.
Visitors to the island use a ferry named ‘The Mousa Boat’ which is owned and operated by three members of the local community. Puffincam, a webcam placed in a puffin burrow, was cited by many visitors as their reason for visiting Shetland (this included people from California, Sweden, Switzerland and Austria). RSPB works in partnership with Promote Shetland.

The potential value of the Mousa to Boddam possible MPA to divers and sea anglers has been estimated at £5.3 to £11.2 million based on willingness-to-pay measures (Kenter et al., 2013) . Kenter et al. also found important emotional and well-being benefits associated with the Mousa to Boddam possible MPA, with divers and anglers responding to questionnaire scoring >4 (out of a maximum score of 5) for therapeutic, spiritual and transformative wellbeing indicator values.

Strategic Environmental Assessment: The Scottish Government has obligations to conserve black guillemot, Arctic tern, storm petrel and common seal in the Mousa SSSI. Significant declines have been experienced by a number of these species. Proper conservation of the sandeel stock within this MPA could assist in the achievement of obligations in the other areas.
Where present, kelp habitats ought also to be protected in this pMPA to support wider ecosystem function, including black guillemot feeding.

Check out the official documents relating to the Mousa to Boddam MPA on the Scottish Natural Heritage website. 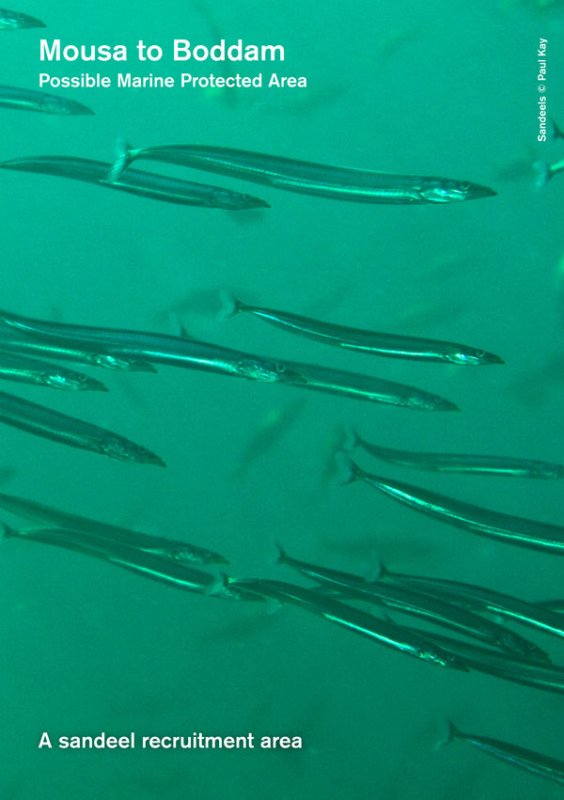