Located to the far north-east of Scotland, this MPA includes a large part of the north-eastern reaches of the Faroe-Shetland Channel in Scottish waters. The habitats present are strongly influenced by the significant range of environmental conditions present, from the upper continental slope to the depths of the channel, and include a dynamic zone of mixing where warmer Atlantic waters flow over cold Arctic waters. This site is one of 13 Offshore MPAs around Scotland. [1]

We support the management proposal to restrict mobile demersal gear >800m. However, we strongly urge that in line with current scientific advice this should be >600m for the MPA site.
Additionally, we advocate for a greater restriction in the 400m-600m band where DSSA are likely.

The characteristic fish fauna of the continental slope have been damaged by fishing, being greatly
reduced in number within less than a generation for some species. It is highly likely that this is
related to changes in ecosystem functioning, prey availability and habitat structure at scales relevant
to the fish. Using the FAO’s description of VME the slope area can be categorised as a VME because
of the occurrence of species with low resilience to fishing, slow life histories and unpredictable
recruitment (i.e. fish). There is even more uncertainty regarding life histories of benthic
invertebrates in these zones. Therefore, management of the continental slope should be
precautionary in order to allow for the large uncertainty and vulnerable life histories of species in
this zone.

There is also uncertainty regarding DSSA extent, indicating that a precautionary response is required
with management measures covering a wider area appropriate to the protection of sponges, until
the extent of sponges can be clarified. Sponges are likely to have occurred in the area between 400-
800m where there are currently limited restrictions to demersal gear, potentially limiting the
potential for recovery to historical extent of the feature. Sponges occupy a narrow depth band (400-
600m) and distribution is highly influenced by temperature, this area having an unusually sharp
temperature transition.

The proposed management measures need to compensate for the MPA and management
boundaries being drawn very close to current feature extent, which limits any potential for recovery.
We suggest that a large buffer area is required around sensitive features and that in order to achieve
effective compliance, more observers/cameras on board vessels and/or an increase in VMS pings
should be required when fishing activity is operating near/within an MPA. 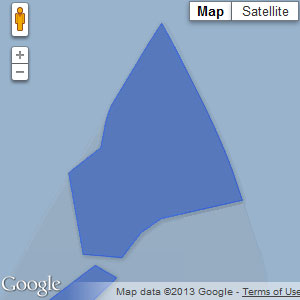 LINK supports the designation of the North-east Faroe Shetland Channel possible Nature Conservation MPA for the protection of deep-sea sponge aggregations, offshore deep-sea muds, offshore subtidal sands and gravels, continental slope and a wide range of features of geological importance, including the Pilot Whale Diapirs – a series of deep-water mud volcanos which measure 2-3km across and rise more than 70m above the surrounding seafloor in places. The proposed boundary is supported although we have some concerns that only the lower section of continental slope is included, omitting the shelf break and upper slope (a region of high productivity and biodiversity).

Management Options:
Management options for protected features of uncertain condition must be evidence-based, account for the known vulnerability of the protected features to human activities and make appropriate use of the precautionary principle.
Towed/active gear should be removed from areas with deep-sea sponge aggregations and be reduced in areas with offshore deep-sea mud and offshore subtidal sands and gravels in order to ensure their protection. As part of the reduction in effort across the much larger areas with offshore deep-sea mud and offshore subtidal sands and gravels, it is important that some areas of those more broadscale habitat are also fully protected from towed/active gear in order for them to attain a full climax community, providing more productive larval sources for the surrounding extent of the habitat which will remain subject to some pressure from active gear. Static gear should be removed from all areas with deep sea sponge aggregations.Licensed activities such as oil and gas exploration should not be consented where they overlap the very limited extent of deep-sea sponge aggregations, or where they are sufficiently in the vicinity of those aggregations to risk their conservation status from down or up-current events. For offshore deep-sea muds, offshore subtidal sands and gravels, it is critical that licenses e.g. for oil and gas development, are only granted where the licensing authority are sufficiently satisfied that there is no significant risk of the activity hindering the conservation status of those more widespread features.
We are concerned that no management options are provided for the large-scale biodiversity search feature continental slope. Continental slope is included as a biodiversity feature based on the increased primary production and biodiversity and management options to protect this wider biodiversity should be included.

Socioeconomic Assessment:
The benefits of conserving deep sea biodiversity in an area of this degree of richness far outweigh the minimal and short lived benefits of trawling in such areas. We are concerned about the inappropriate assumptions made in the socioeconomic assessment when calculating the costs of designation.

This area is known to be used by white-sided dolphin, sperm whale, long-finned pilot whale and fin whale and these species should be included in the setting of management options and assessing the socioeconomic effects of designation and management. Furthermore, fin and sperm whales are mentioned specifically in all documents pertaining to this site for ‘migration’ purposes, yet no assessment has been made of the effects that industry (i.e. oil and gas) may have on them. Should the area be designated, there needs to be greater coherence between spatial and wider protection measures here regarding the interaction between the oil and gas industry and marine mammals.

Check out the official documents relating to the North-east Faroe-Shetland Channel MPA on the Joint Nature Conservation Committee website.