The Rosemary Bank Seamount MPA is located to the north-east of the Rockall Trough, in the deep waters off western Scotland. An extinct volcano, Rosemary Bank towers over 1000 metres above the seafloor and is one of three seamounts present in Scotland’s seas. The seamount is a hotspot for sea life and significant to the health of Scotland’s seas because of the way it influences underwater currents that bring valuable nutrients to the region. The MPA is a nursery and foraging area for several types of fish. [1]

We fully support the management proposals to remove all bottom contact fishing activity from the full extent of the seamount. We further support prohibiting any future proposals for mining and exploration and new oil and gas activities within this site.

Seamounts are functionally important areas of the deep sea and are listed on the OSPAR Threatened and Declining list, and are an example of a Vulnerable Marine Ecosystem (FAO, NEAFC). Representative seamount habitat ecosystems are essential to an ecologically coherent Scottish MPA network due to their high biodiversity and as drivers of ecosystem processes. Due to the global concerns surrounding the impacts of fishing on seamounts and well-documented cases of stock declines near seamounts, through the role of seamounts in aggregating fish populations, it is vital that effective protection for seamounts is put in place across the Scottish MPA network.

Additionally, the full extent of the deep sea sponge ground present in this site is not yet determined and there is potentially a vast belt of deep sea sponge habitat circling the Rosemary Bank Seamount.Therefore we would urge further surveys to be conducted in this area as a matter of priority. 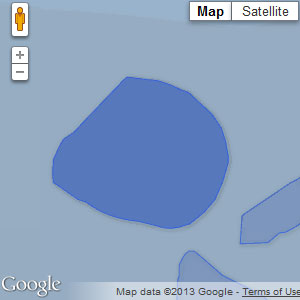 Management Options:
Management options for protected features of uncertain condition must be evidence-based, account for the known vulnerability of the protected features to human activities and make appropriate use of the precautionary principle.
Although we acknowledge uncertainty in the evidence of the condition of the seamount habitat, the area is likely to be enhanced by restriction of damaging activities (i.e. otter trawling, set netting), and unsustainable harvesting from activities such as line fishing, creeling and potting. We further support and encourage prohibiting all forms of disturbance by mobile and static gear, including any future proposals for mining and exploration and new oil and gas facilities. This is particularly relevant with respect to Scotland’s vision for a full shift to sustainable electricity production and reduction in carbon footprint. Limiting these activities will ensure the Rosemary Bank Seamount communities are fully protected from disturbance in perpetuity, and have opportunity for future enhancement.

Socioeconomic Assessment:
The socioeconomic impact data presented in the BRIA indicates a relatively modest displacement cost (less than £0.2 million pa GVA) in relation to the ecological and natural value gains offered by the possible MPA. The BRIA report indicates impacts to the fishing sector are likely be offset by opportunities in other locations. In addition, the relatively modest displacement costs by restricting damaging activities will be outweighed by the medium to long term benefit of protecting the ecological integrity of the possible MPA so it can continue to provide ecosystem services to Scotland’s offshore waters.

Representative seamount habitat ecosystems are essential for Scotland’s MPA network due to their biological diversity and important ecosystem drivers. Seamount ecosystems are relatively uncommon worldwide. There are concerns on the negative impact of fishing on seamount ecosystems, with well-documented cases of stock decline, for example orange roughy decline due to overfishing in the vicinity of seamounts off Tasmania. Ecological damage is mainly caused by bottom trawling, and large demersal netting which exploit populations of fish that exhibit mass aggregation behaviour in the vicinity of seamount seascapes.

The documents for the possible MPA specifically describe the great importance this site has for marine mammals referring to ‘The aggregations of blue whiting at the Rosemary Bank Seamount may be linked to the occurrence of large schools of marine mammals (Weir et al., 2001) . In fact, the greatest number of marine mammal species have been recorded at or near Rosemary Bank compared to any other Scottish seamount. For the cetaceans found in the vicinity of Scottish seamounts, the migration route through the Rockall Trough through the Faroe-Shetland Channel is considered important (Evans, 1997 ; Swift et al., 2002 ; Macleod et al., 2003 ).’ However they have not been considered either as features, or as additional PMFs, for assessment of socioeconomic impacts or of management options. This fact seems contrary to the ecological coherence aspects of the MPA project, and sperm and long-finned pilot whale PMFs should be considered in future assessment for this possible MPA, as well as in the management plan for the current MPA proposal. 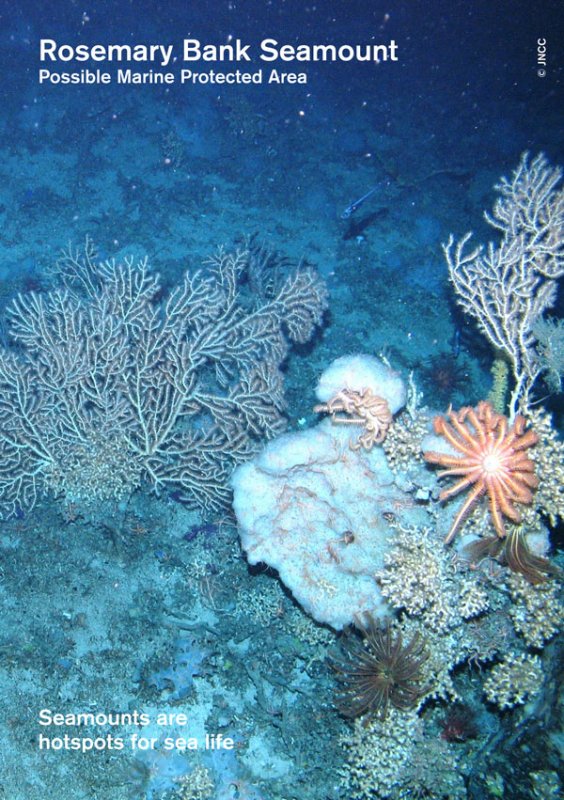 Check out the official documents relating to the possible Rosemary Bank Seamount MPA on the Joint Nature Conservation Committee website.