The Turbot Bank MPA is located off the east coast of Scotland, to the south-west of the Fladen Grounds. The MPA lies within an area of sandy sediment and includes part of the shelf bank and mound known as ‘Turbot Bank’. Turbot Bank is important for sandeels which are closely associated with sand habitats, living buried in the sand for months at a time. Sandeels are an important source of food for many types of marine predators, including seabirds like puffins and kittiwakes, and other types of fish such as plaice. [1]

We support the restriction on a targeted sandeel fishery across the site. However, we suggest a more precautionary approach to the management of bottom contact gears to prevent/reduce sediment disturbance until it can be proven that those gears do not impact the substrate in such a way that negatively impacts the sandeel populations. We would support a trialled experimental prohibition on mobile demersal gear on a zonal basis within the MPA (e.g. up to 50% of the site prohibited to mobile demersal) to collect scientific data and enable effective and appropriate site monitoring. 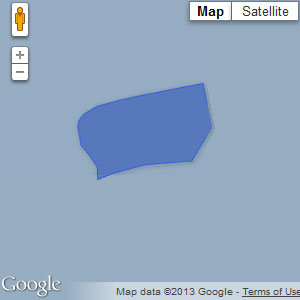 Read our response to the MPA network consultation here:

LINK supports the designation of the Turbot Bank possible Nature Conservation MPA to protect sandeels The JNCC advice indicates that the spawning sandeels from the site may be dispersed widely throughout the North Sea, where they will provide a key component of the prey availability for species including seabirds.

The site includes a population of sandeels outside of the North-east Sandeel Closure (CA1) which would benefit from the additional protection provided by this MPA.

LINK also endorses the importance of this area for offshore subtidal sands and gravels, and welcomes the addition of this protected feature. However, it must not be added here as an alternative to the Firth of Forth Banks Complex which is fundamentally required for the utility and coherence of this network.
The conservation objective for the sandeel feature should be set to recover. No strategic sandeel monitoring has taken place in the area and consequently the status of the species is not known. However, group-0 sandeels have been shown to be undersize in other parts of the North Sea (Wanless et al., 2004 ; Frederiksen et al, 2011 ) and so they should be set to recover on a precautionary basis.

RSPB Scotland has collected tracking data for seabird species breeding in North East Scotland. These data show Turbot Bank is visited by black-legged kittiwake from Orkney, Fowlsheugh and Bullers of Buchan, razorbill and common guillemot from Fair Isle, and northern fulmar from Orkney and Whinnyfold. It is likely that other species and birds from other colonies are also using the site.

Management Options:
LINK supports the statement made by Marine Scotland Science and SNH that a targeted sandeel fishery should not be permitted within the possible MPA. The management option paper for Mousa to Boddam, which has also been proposed for sandeel indicates that dredges cause a sub-surface abrasion pressure, and LINK suggests this pressure needs to be further understood to assist in the conservation of sandeel within these possible MPA. The Turbot Bank management option paper does not discuss bottom impact on sandeels despite the fact that dredge takes place within the site. Before this pressure can be dismissed, robust evidence must be presented that shows that it is not impacting on the achievement of the conservation objective for sandeels.
LINK supports the proposal to remove/avoid pressures associated with oil and gas activities.
Were offshore subtidal sands and gravels to be added as a protected feature, LINK would support the management options that reduce the risk of not achieving its conservation objective to the lowest possible level.

Socioeconomic Assessment:
A decrease in sandeel spawning stock biomass induces a higher cannibalism for cod and whiting, leading in turn to a decrease in spawning stock biomass and yield for those predator species. This should be considered as part of the environmental baseline and a switch away from cannibalism should be considered as a benefit of designating this site.
The potential value of the Turbot Bank possible MPA to divers and sea anglers has been estimated at £4.7 to £10.0million based on willingness-to-pay measures (Kenter et al., 2013) . Kenter et al. also found important emotional and well-being benefits associated with the Turbot Bank possible MPA, with divers and anglers responding to questionnaire scoring >4 (out of a maximum score of 5) for transformative wellbeing indicator values.

Strategic Environmental Assessment:
In practice, the proposed management of this site may mitigate the impact of future oil and gas activity but will not change the current human pressure on the site or its constituent features. The Strategic Environmental Assessment is based on the premise that “The possible MPAs will have benefits for biodiversity, flora and fauna, this is their key purpose, with a focus on specific features and the benefit of designation will primarily accrue to these features”. The proposed management options for this possible MPA will not have a benefit on sandeels and so the SEA needs reviewing.
Were the sandeels to be recovered, or greater protection of the offshore subtidal sands and gravels established, it is likely that the site will benefit the wider North-sea, through the provision of sandeel larvae, and contribute to attaining the obligations under the Birds Directive for the seabird colonies using the site for foraging.

Check out the official documents relating to the possible Turbot Bank MPA on the Joint Nature Conservation Committee website. 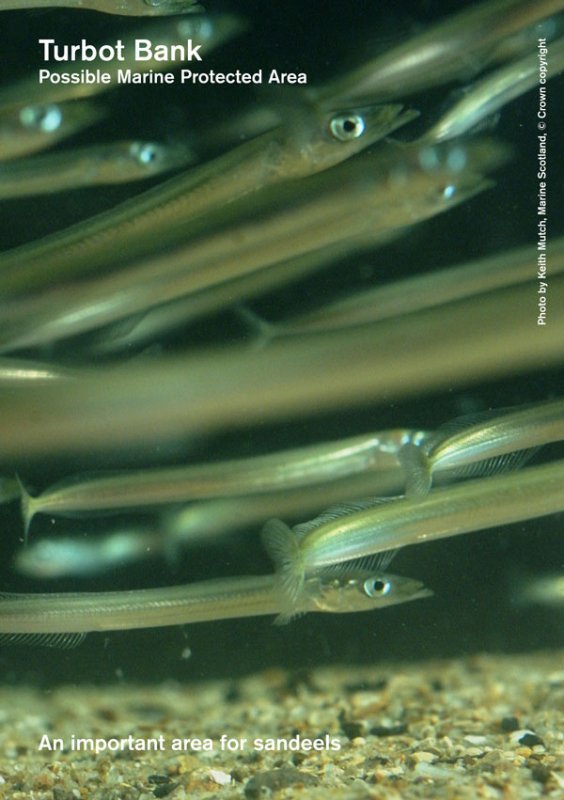