Scotlink/Scotland could avoid a fish fight

Scotland could avoid a fish fight 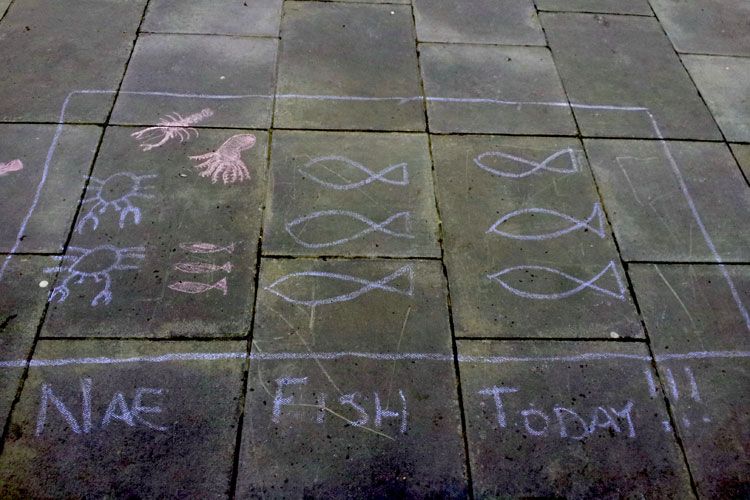 A campaign like Hugh’s Fish Fight can be avoided in Scotland if Scottish Ministers keep their commitment to strong implementation of the Marine Act, say members of Scottish Environment LINK.

Major concerns about marine protection in England and Wales have been raised by Hugh Fearnley Whittingstall’s ‘Fish Fight’ campaign after initial plans for 127 marine conservation zones were later cut to just 31 sites for public consultation. The UK Government slashed the proposals following arguments over science, sparking around 2,000 people to take part in a rally at Westminster earlier this week calling on the UK Government to be more ambitious.

But the scientific case for an equivalent network of marine protected areas (MPAs) in Scotland is strong enough to consult on all 33 Scottish sites currently recommended by scientists, say Scotland’s leading environmental groups. The Scottish Government has been advised by its own scientists that the MPAs proposed for Scotland are based on sound science.

Over the past three years, representatives from all marine users in Scotland such as fishing, aquaculture, marine tourism, shipping and the renewable energy sector, have contributed to a complex process for indentifying these potential marine protected areas in Scotland’s waters. Scottish Natural Heritage and the Joint Nature Conservation Committee passed recommendations to the Scottish Government for 33 MPA sites in December 2012.

Members of Scottish Environment LINK are working to ensure the Scottish MPA network is fully implemented in line with national legislation, for the long-term health of Scotland’s marine environment.

Calum Duncan, Marine Conservation Society’s  Scotland Programme Manager said: “Ideally, no-one wants to pick a Fish Fight over MPAs in Scotland. The Marine Scotland Act sets out a great vision for the future of Scotland’s seas and provides a blueprint for marine recovery, but there is a danger that the Act could be undermined by weak implementation, as is feared in England. If it sticks by the requirements of the Scottish Act, the Scottish Government can lead a truly historic recovery of our marine environment and leave a lasting legacy of thriving marine wildlife, secure coastal communities and a green 21st century economy.”

Kara Brydson, RSPB Scotland’s Senior Marine Officer said: “The case for a network of MPAs in Scotland has been built up over many years – the 33 sites put forward by the Scottish government’s scientific advisors are based on sound science and should be no surprise to any stakeholders. We are bitterly disappointed that there are gaps in the network for seabirds, and certain sites for whales and dolphins have been postponed until next year. But there is no reason why the Scottish Government can’t consult on all 33 sites this Summer.

Dr Richard Luxmoore, National Trust for Scotland’s Senior Nature Conservation Adviser said: “MPAs are not about preventing developments at sea –  they are about managing them better so that we don’t damage the fundamental resources on which we all depend. It’s in everyone’s best interests and it represents our best chance of arresting the downwards spiral that our seas have got locked into.”

Alex Kinninmonth, Scottish Wildlife Trust’s Living Seas Policy Officer said: “The situation in Scotland is different from the English marine conservation zones process. We have built up consensus underpinned by science, and there is now wide agreement that MPAs are necessary. There will be discussion about the detail, but everyone agrees that our fragile seas need more robust protection, especially as we are on the cusp of major development in marine renewable energy and are looking to make our fisheries more sustainable.”